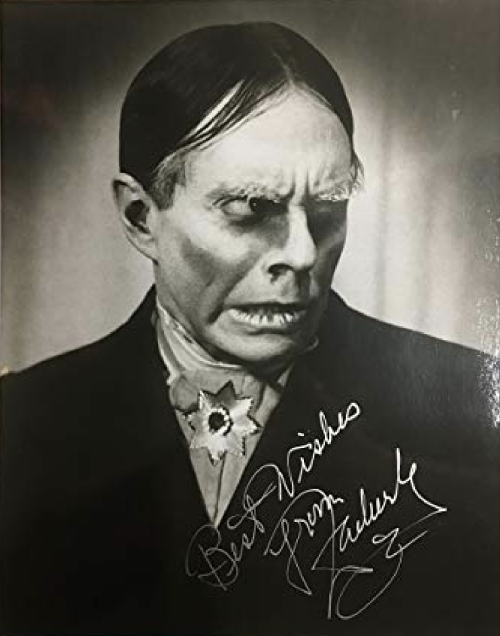 Back in the late 1950s and early '60s, TV had a lot of time to fill. In the years before syndication, when TV was still a black-and-white medium, local stations had few programming options. They didn't have big budgets to create original shows, yet they still had to do something to connect with viewers in their markets and attract them back each day. This was especially true in the after-school and late-night slots.

Among the content that local stations aired back then to fill time were studio comedy shorts like The Three Stooges and The Abbott and Costello Show, and old horror B-movies leased from film studios. Growing up during these years, I recall a steady diet of monster movies from the late 1940s and early '50s on New York's TV stations, featuring Frankenstein, Dracula, Wolfman, the Creature, Godzilla and other creepy characters.

But just broadcasting monster fare on TV wasn't enough to hook kids. Local stations began using scary kid-friendly hosts, starting with Vampira in Los Angeles in 1954. A long parade of hosts followed. Perhaps the best and most famous was New York's Zacherley. Born in Philadelphia as John Zacherle, the actor was pals with Dick Clark and began his career on the city's radio and TV stations as Roland (pronounced ROW-land). Crowned the “cool ghoul," Zacherley moved to WABC in New York in 1958, where he added a “y" to his last name and hosted Shock Theater and Zacherley at Large. Zacherley portrayed a tongue-in-cheek undertaker character with a wicked sense of humor and a signature sinister laugh. With horrible TV news images of the Vietnam war and the treatment civil rights protestors, the monster craze expired. As teens became young adults, monster movies were replaced by the rise of rock and soul. And many of the scary TV-show hosts found themselves out of work.

If you didn't grow up in Philadelphia or New York at the time, here's what you missed. Happy Halloween!

Here's the Zacherley trailer for American Scary, a 2006 documentary on horror-show TV hosts...

Here's Zacherley on What's My Line?...

Here's Zacherley hosting Disc-O-Teen on WNJU in Newark, N.J., a few days before Halloween in 1967. His special guests were the Box Tops...