This very special honor is awarded to musical innovators within the world of progressive rock music. 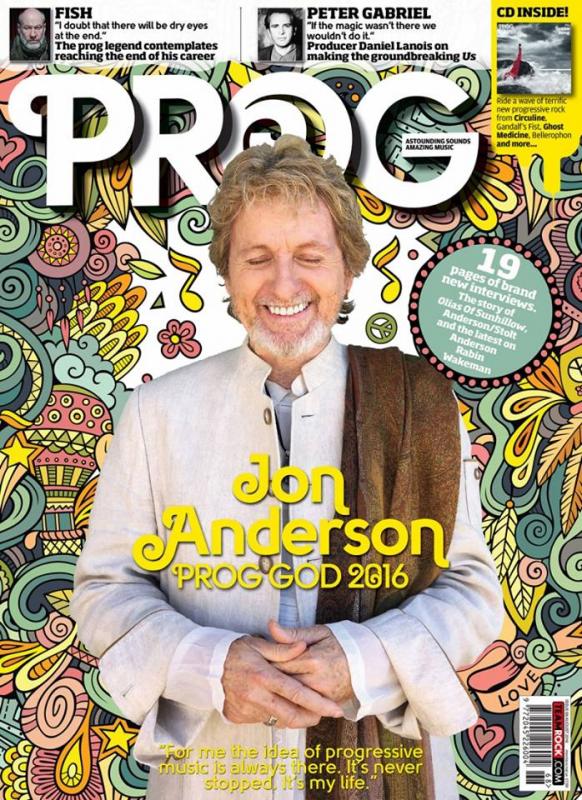 slideshow
Music legend Jon Anderson will be presented with the Prog God award at this year's Progressive Music Awards, in association with currencies.co.uk, which will be held at London’s Underglobe on September 1, 2016! This very special honor is awarded to musical innovators within the world of progressive rock music and sees Anderson joining such music luminaries as Rick Wakeman, Ian Anderson, Peter Gabriel and Tony Banks, in collecting the prestigious award.

Says Jon “After all these years, it’s just wonderful to be getting this very special award. Music has guided me along to this point in my life and I’m forever excited about the new and progressive musical adventures I am given by the gods of music. Making music is like breathing to me, and I am blessed to be able to create music every day. A very grateful and humble thank you.”

Catch Jon Anderson on tour with ARW this Fall 2016!

Prog launched in March 2009 as a four-edition special highlighting one of popular music’s biggest, boldest and most original forms. It quickly grew to nine issues a year. Prog now has a worldwide readership of 50,000 and a dedicated website www.progmagazine.com. In 2012 Prog debuted The Progressive Music Awards to further celebrate and support the best in the genre both classic and upcoming. Due to demand, the mag is now published ten times a year and has previously been nominated at the PPA Awards for Specialist Magazine Of The Year.

TeamRock is the global home of rock and metal music. It connects rock fans with incredible content on a range of platforms and is already the go-to destination for fans and artists alike. Owner of the leading rock and metal brands TeamRock, Classic Rock, Metal Hammer and Prog, TeamRock engages with fans through websites and apps for mobile and desktop, digital and print magazines, radio and gaming. TeamRock is backed by Harwood Private Equity.