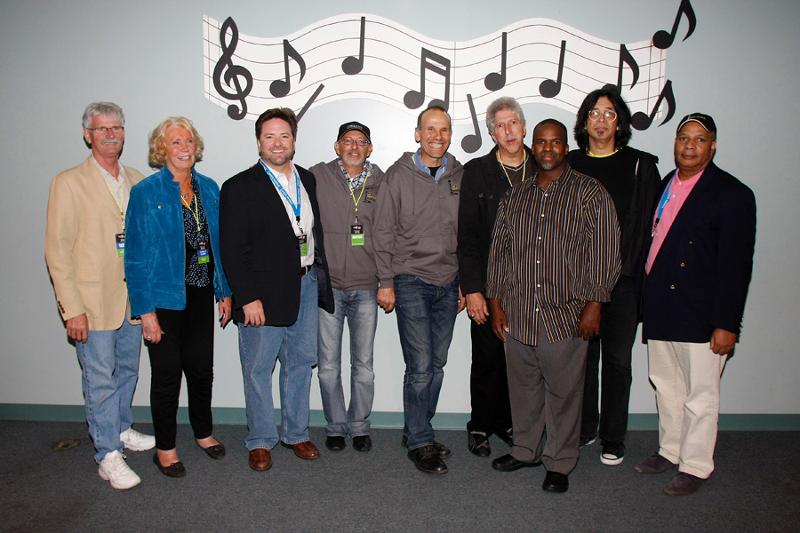 slideshow
Mack Avenue Records is proud to announce the signing of Grammy® award winning jazz group, Yellowjackets. The signing was made official at the 2010 Detroit International Jazz Festival, where the group headlined on the Carhartt Amphitheatre Stage.

Comprised of saxophonist Bob Mintzer, keyboardist Russell Ferrante, bassist Jimmy Haslip and drummer Will Kennedy (who was a member of the group from 1986-1998 and returned this year), the group joins the Mack Avenue family during its 30th anniversary of making music.

“It certainly feels like a lifelong gift to have accomplished this milestone in one's vast career. I am both honored and humbled by it," reflects Haslip, who is a founding member of the group with Ferrante. “We are very pleased and very proud to be signed to Mack Avenue."

“The Yellowjackets represent the highest standard of contemporary jazz, with a distinguished track record and influence on the music," says Mack Avenue Records President Denny Stilwell. “We look forward to documenting the next chapter of their career on Mack Avenue."

The group's forthcoming debut for the label is set for release in 2011 and will celebrate the 30th anniversary with a special guest appearance by the group's founder, guitarist Robben Ford (whose last appearance with the group was on the 1994 GRP effort, Run For Your Life). “I am really happy to have him on this 30th anniversary recording. Robben is the perfect guest for this project. We are honored to have him on board and grateful to him for all the years of friendship and support," states Haslip.

Known for their unique signatures that shine through regardless of their musical setting- whether it be blistering-hot fusion, gospel, or full-blown acoustic jazz- the Yellowjackets have released 20 albums on four record labels (Warner Brothers, MCA, GRP and Heads Up), with 17 Grammy® nominations and two wins.