He plays with gathering emotional intensity that involves a good sense of dynamics and above all, a feeling for drama that can heighten the tension-release structure that is at the core of most effective self-expression in any field.
—Nat Hentoff 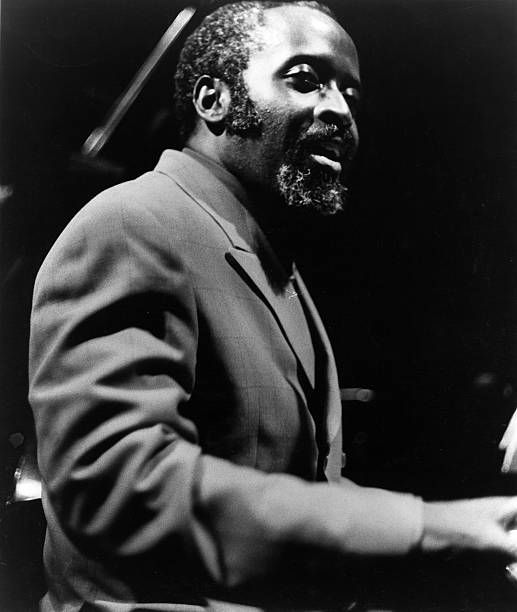 slideshow
"Junior Mance is something else... So complete is his psychological command over his instrument that very few of his fellows approach him in this area." --DownBeat Magazine

worldpianosummit.com proudly presents Junior Mance at 81 in a rare solo concert at Boston's Church of the Covenant, [67 Newbury Street, Boston, MA 02116] on Thursday, October 8 at 7:30 p.m.

At age 81, Junior Mance can look back on an amazing life in jazz.

Mance was born on October 10, 1928 and began playing the piano in 1932 at the age of five. He started playing professionally during his early teens and in 1947 Junior joined Gene Ammons' band which also began his recording career. He joined Lester Young in 1949 for almost two years and rejoined Ammons several months in 1951 before being drafted into the U.S. Army. Mance served in the 36th Army Band at Fort Knox, Kentucky along with Julian “Cannonball" Adderley.

After his discharge from the Army in 1953, Junior Mance became part of the house rhythm section at the Bee Hive Jazz Club in Chicago for a year and accompanied jazz greats such as Charlie Parker, Coleman Hawkins, Eddie “Lockjaw" Davis, Sonny Stitt and many others.

In 1954 Junior joined and toured with Dinah Washington. Among the numerous recordings he made with her, there are two that really stand out in his memory: Dinah Jams and Jam Session. These two live albums feature Clifford Brown, Max Roach, Clark Terry, Maynard Ferguson, Herb Geller, Harold Land, Keter Betts, George Morrow, Richie Powell and Junior.

In 1956 Junior reunited with Cannonball Adderley, becoming a member of Cannonball's first organized working band. The band did a series of recordings on Mercury Records.

Junior joined Dizzy Gillespie's band in 1958, a period Junior considers one of the highlights of his career. Besides the joy and fun of playing with Dizzy, he remembers this period as a great learning experience in musicianship, showmanship and just about everything related to the business of music.

In 1961, Junior formed his first trio following the release of his first recording as a leader, Junior on Verve Records. In between gigs with his trio he played and recorded with the Eddie “Lockjaw" Davis/Johnny Griffin Quintet. With his trio he also accompanied singer Joe Williams in l963/64.

In 1988, Junior became a member of the faculty of the Jazz and Contemporary Music Program at the New School University in New York City. He teaches classes in blues, coaches blues ensembles, gives private individual lessons on piano and helps students in the development of their career in playing jazz.

Despite nearly seven decades of contributions to jazz music, it wasn't until October 5th-7th of 2000 that Junior Mance made his solo piano debut at Lincoln Center at the Kaplan Penthouse.

To celebrate his 81st birthday, Junior Mance comes to Boston's Church of the Covenant in a rare solo piano concert.