World Of Guitar Trio is Among 400 Of The Year’s Most Exceptional Artists & Releases Nominated In The 15th Independent Music Awards. 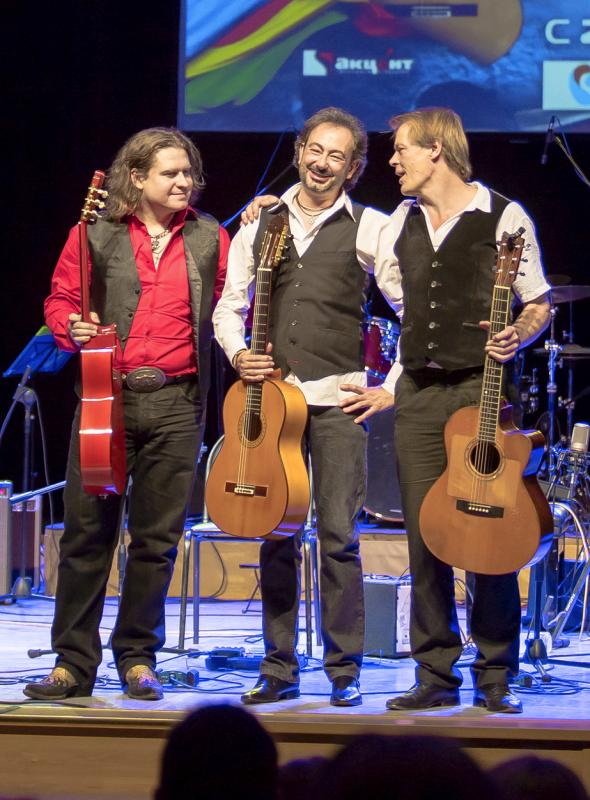 slideshow
Guitar-virtuosos Roman Miroshnichenko, José A. Rodríguez & Henrik Andersen (World Of Guitar Trio) were named by Music Resource Group (MRG) as a Nominees of The 15th Independent Music Awards (The IMAs), the prestigious awards program for independent artists and releases. More than 400 innovative self-released and indie label projects culled from thousands of submissions worldwide, were nominated by fans and industry in more than 80 Album, Song, EP, Music Producer, Music Video and Design categories.

The album, Perfect Strangers by World Of Guitar Trio, and two of the album's songs have earned nominations in three categories: Perfect Strangers by Roman Miroshnichenko, José A. Rodríguez & Henrik Andersen in the “Best Instrumental Album” category; “Moon Over Tanjore“ by Henrik Andersen from the album in the “Best World Traditional Song” category; and Roman Miroshnichenko in the “Best Instrumental Song” category with his composition Alien’s Dream, dedicated to Steve Vai.

Throughout this incredible guitar music album, the trio demonstrates their fantastic instrumental skills, musicality and deep knowledge of jazz, flamenco, Latin, Indian and Mediterranean rhythms. This is sympathetic, emotional musicianship, where each musician complements one another.

Winners will be announced at Lincoln Center for the Performing Arts in New York City on November 12th.