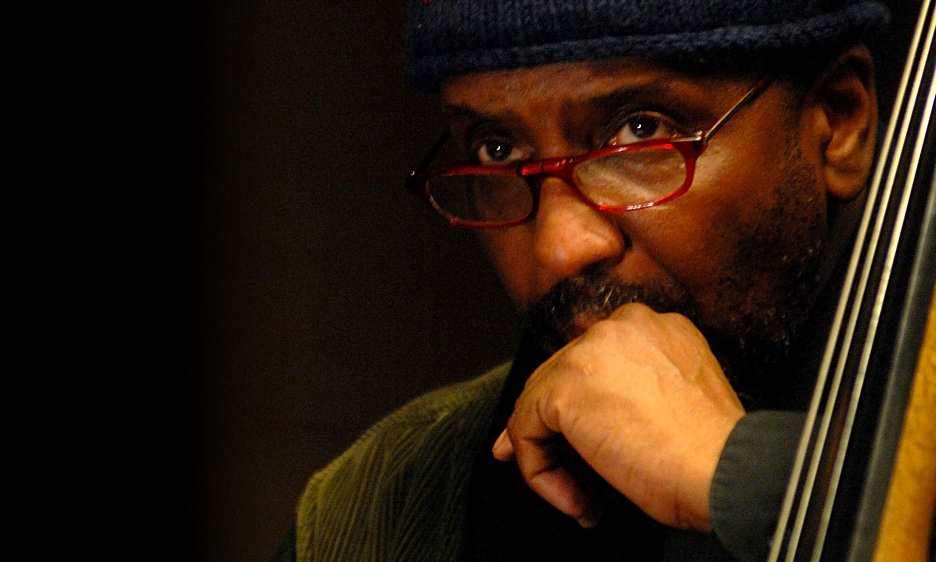 Elysium Furnace Works is proud to present bassist, composer, bandleader and a signal figure in creative music worldwide, William Parker, as part of a celebration of the recent publication of his long-overdue biography, Universal Tonality—The Life and Music of William Parker. Written by Pratt Institute professor Cisco Bradley and published by Duke University Press, this biography has already been acclaimed as a major contribution to jazz scholarship and the sociocultural history of downtown New York City.

This event—co-sponsored by Beacon, NY's premier independent bookstore, Binnacle Books—will feature Parker in a solo set, followed by a conversation between Parker and biographer Bradley, and concludes with a set of music featuring both Parker and his longtime associate, multi-instrumentalist and Hudson Valley legend Joe McPhee.

This celebration will be presented as a hybrid in-person/remote webcast event at the Howland Cultural Center on Saturday, May 15 at 8 PM. ONLY 24 SOCIALLY-DISTANCED ONSITE TICKETS WILL BE SOLD ON A FIRST-COME, FIRST-SERVED BASIS.

Tickets for onsite attendance will be $25, and $20 for the remote webcast, both for the webcast on day of the event and for access to the video archive of the event, available on demand until May 29. Tickets will go on sale on April 19. The Howland Cultural Center is located at 477 Main St. in Beacon, NY and its phone number is (845) 831-4988.

Information about the participants follows below.

William Parker is a musician, improviser, composer, educator, and author. He plays the bass, shakuhachi, double reeds, tuba, donso ngoni and gembri. Born in 1952 in the Bronx, New York, he studied bass with Richard Davis, Art Davis, Milt Hinton, Wilbur Ware, Jimmy Garrison, and Paul West. During Parker’s prolific career, he has recorded over 150 albums, had countless celebrated stage appearances, and helped shaped the jazz scene for both his peers and the youth. In 2013, Parker received the Doris Duke Performing Artist Award in recognition of his influence and impact on the creative jazz scene over the last 40 years.

William entered the music scene in 1971, playing at Studio We, Studio Rivbea, Hilly’s on The Bowery, and The Baby Grand. By the age of 20, Parker quickly became a highly sought after bassist, playing with established musicians such as Ed Blackwell, Don Cherry, Bill Dixon, Milford Graves, Billy Higgins, and Sunny Murray. Projects with dancer and choreographer Patricia Nicholson have created a huge repertoire of composed music for multiple ensembles ranging from solo works to big band projects. In 1980, he became a member of the Cecil Taylor Unit, in which he played a prominent role for over a decade.

Since the beginning of his career, William Parker has commanded a unique degree of respect from his fellow musicians and critics alike. In 1995, the Village Voice characterized William Parker as “the most consistently brilliant free jazz bassist of all time." In addition to his work with artists in the United States, he has developed a strong relationship with musicians in the European Improvised Music scene such as Peter Kowald, Peter Brötzmann, Han Bennink, Tony Oxley, Derek Bailey, John Tchicai, Louis Sclavis, and Louis Moholo-Moholo.

William Parker began recording in 1994 and founded the ensembles In Order To Survive and The Little Huey Creative Music Orchestra. In 2001, he released O’Neal’s Porch, which marked a turn toward a more universal sound working with drummer Hamid Drake. The Raining on the Moon Quintet followed, adding vocalist Leena Conquest and the Quartet from O’Neal’s Porch. Most notable among many recent projects is the Inside Songs of Curtis Mayfield.

As Steve Greenlee of the Boston Globe stated in July 2002, “William Parker has emerged as the most important leader of the current avant-garde scene in jazz.” Parker has consistently worked in many of the most important groups within this genre, including his own. He currently leads The Little Huey Creative Music Orchestra, In Order to Survive, Raining on the Moon, Stan’s Hat Flapping in the Wind, and The Cosmic Mountain Quartet with Hamid Drake, Kidd Jordan, and Cooper-Moore.

Parker has released over 20 albums under his leadership, most reaching #1 on the CMJ charts. In 1995, he debuted The Little Huey Creative Music Orchestra with the release of Flowers Grow In My Room on the Centering label. Recent years saw the release of several monumental box sets, including 2013’s Wood Flute Songs and 2015’s For Those Who Are, Still, highlighting the work of Parker’s many groups and large ensembles. His recordings appear on the Aum Fidelity label and his own Centering Music, among others.

These releases and their success showcase William Parker as an outstanding composer and bandleader. From the beginning of his musical career, William Parker has been prolific; composing music for almost every group with whom he has performed. His compositions span the range of operas, oratorios, ballets, film scores, and soliloquies for solo instruments. He has also successfully explored diverse concepts in instrumentation for large and small ensembles.

A passionate educator, William Parker has taught at Bennington College, NYU, The New England Conservatory of Music, Cal Arts, New School University and Rotterdam Conservatory of Music. He has also taught music workshops throughout the world including Paris, Berlin, Tokyo, and the Lower East Side. Parker is a theorist and author of several books including Who Owns Music?, Conversations I & II, Voices in the First Person, Scrapbook: Notes and Blueprints, Sound Journal, and The Mayor of Punkville. Additionally, he has released three volumes of poetry and a theatre piece titled Music and the Shadow People.

“We have precious few monographic works on creative musicians, fewer still on living ones, and none quite like Cisco Bradley's fascinating biography of bassist, bandleader, organizer, and composer William Parker. An essential entry in the critical culture reading list.” —John Corbett, author of Vinyl Freak: Love Letters to a Dying Medium

William Parker: one of the “50 Greatest New York Musicians of All Time” —Time Out New York

Joe McPhee was born in Miami, Florida, on November 3, 1939. He began playing trumpet when he was eight, before learning other instruments. He played in various high school and then military bands before starting his recording career. His first recording came in 1967, when he appeared on the Clifford Thornton album entitled Freedom and Unity. McPhee taught himself saxophone at the age of 32 after experiencing the music of John Coltrane, Albert Ayler, and Ornette Coleman. During the late 1960s and early 1970s, McPhee lectured on jazz music at Vassar College.

In 1975, Werner Uehlinger started the Swiss label Hathut Records with the specific intent of showcasing McPhee's music. In the 1980s, McPhee met Pauline Oliveros, began studying her musical theories, and worked with her Deep Listening Band. He has not yet signed with any major label in his native United States, and was possibly better known throughout Europe than his native country until the 1990s. His 1996 album As Serious As Your Life, which takes its title from the jazz book by Val Wilmer, is “arguably the finest of his solo recordings", according to the AllMusic review.

McPhee has written reviews and commentary for Cadence.

In 2005, McPhee was awarded the Resounding Vision Award by Nameless Sound and, in 2018, was the first recipient (along with pedal steel guitarist Susan Alcorn) of the Instant Award in Improvised Music.

Cisco Bradley is Associate Professor of History at the Pratt Institute, editor of the Jazz Right Now blog, and author of Forging Islamic Power and Place: The Legacy of Shaykh Da’ud bin ‘Abd Allah al-Fatani in Mecca and Southeast Asia.

Elysium Furnace Works is a cooperative project co-led by Mike Faloon and James Keepnews. EFW seeks to present the work of vanguard artists in settings as dedicated and uncompromising as the art itself, focusing primarily although not exclusively on live music performances in and around Beacon, NY.