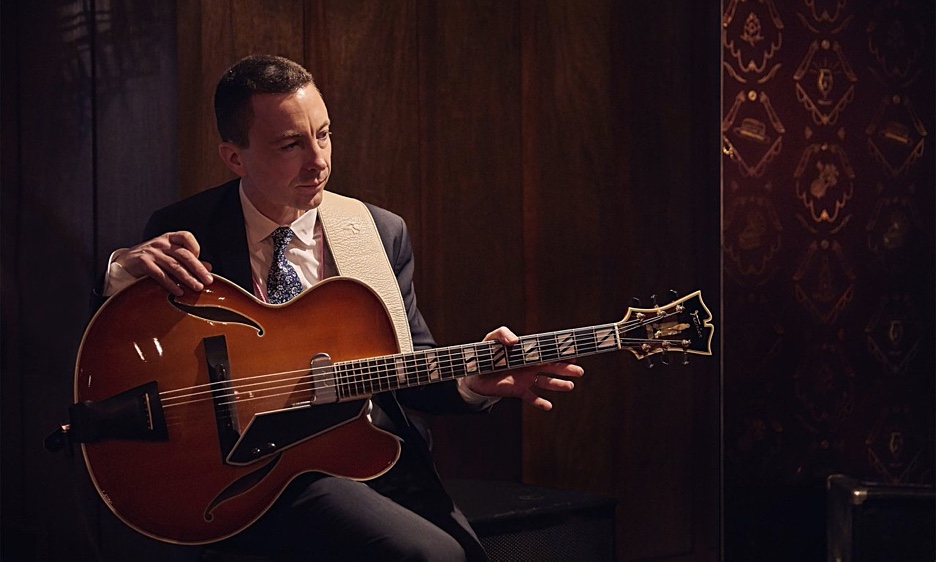 For his fourth album, guitarist Will Sellenraad set out to capture a social dynamic in motion. He called on two longtime associates, bassist Rene Hart and drummer Eric McPherson, and made Greene Street Vol. 1...
—Nate Chinen 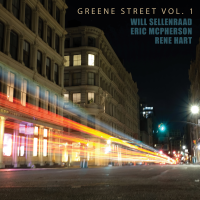 “For his fourth album, guitarist Will Sellenraad set out to capture a social dynamic in motion. He called on two longtime associates, bassist Rene Hart and drummer Eric McPherson, and made Green Street Vol. 1, which is due out on Deko Music on June 14. The album includes tunes by all three musicians, but its opening track—and first single, premiering here—is a song by pianist James Williams, “Alter Ego." Perhaps you remember the tune from Williams' album by that name in the mid-1980s, or from a bossa nova version that Roy Hargrove recorded in the early '90s. But despite its hard-boppish pedigree, the tune opens here in groovy semi-abstraction, with electronic loops and what feels like a skeletal breakbeat. The melody doesn't coalesce until two-and-a-half minutes in- though when it does, it's unmistakable, thanks to Sellenraad's warm treatment. The improvisations that follow are just as welcome: guitar, then bass, and finally drums.” —Nate Chinen, WBGO FM (“Alter Ego” track premiere)

Praise for Will Sellenraad and Greene Street Vol. 1

“...his virtues continue to ripen—most prominently an affinity for melody and sparse liquidity... Green Street Vol. 1 is suffused with familial warmth and bereft of pretension.” —Britt Robson, JazzTimes Magazine “There's joy in this music; the joy of creation and of playing together as a group for a long time” “The disk sounds like the 3rd set of a very good night of playing, the time when the musicians are truly comfortable.” —Owen McNally, The Hartford Courant “Sellenraad's music can seduce you one minute and push you back on your heels the next. There's so much to like about Balance“ “A bold and rising star on the jazz scene" —Nick Bewsey, Icon “Balance makes no statement other than ‘Sit back, relax, open your ears real wide, and let's see how far that smile can stretch’" —All About Jazz

“...you will definitely be hearing more from Will Sellenraad" —Kenny Barron

“It grooves like an old school session, but sizzles with a freshness that catches the band in their present moment.” “The six-stringer has a classic tone reminiscent of Wes Montgomery and Grant Green, and it serves him well” –-All About Jazz

Family. That’s what comes to mind when describing the music on Green Street Vol. 1 (available now on Deko Music), the follow up to Will Sellenraad’s Balance. Growing up on Greene Street there has been a lot of changes. Amazingly though, the bond of friendship, music and growth for Sellenraad and many of his peers has remained very constant. There is a blurry line between friends and family growing up in New York City. The guitarist elaborates, “I think it’s partly because you are thrown into everything so early that the friends who are dear to you become your extended family. You have to rely on them for support just as you would your family. Then there is playing music with the people you’re closest to, and that is another level of support, and also intimacy and understanding. Over time these relationships really make us who we are.”

Throughout the years these musicians have played countless gigs here in NYC and on the road, and most recently premiered the trio at the inaugural Stowe Jazz festival. “As we grow as people the music develops in many ways. We find multiple ways and approaches that we can explore; it’s really an amazing process. I’ve known Eric McPherson since we were kids. I’ll never forget the first time I got to play music with him. I think I was about 16 or so and I couldn’t believe what he was doing way back then, and I still can’t right now. He is forever pushing the music forward and breaking musical barriers. Rene and I met when I was in college. He was playing with the great Arnie Lawrence. We’ve always had a great chemistry on and off the bandstand. Rene Hart has such a beautiful way of approaching music. He has family across the street and has been around NYC since he was a kid as well. Amazing to think that we’ve been playing together for over 25 years! Both of these gentlemen are two of my favorite people, and I wouldn’t be who I am without them,” says Sellenraad.

Conceptually these three artists are coming at the music from the same place. They have a deep love for the tradition, but are aware that it’s 2019 and therefore there is no limit to what is possible. “Funny, the older you get, the further back you seem to go. But our music encompasses a breadth of influence; it is in here and now but reflects the past as well. Improvisation and the conversational aspect also play a major part. You must listen and react, and it’s usually not going to go how you thought it would,” states Sellenraad.

In thinking how to release some new music, Sellenraad really didn’t want to use the current model, but wanted to have something that would develop more organically, over time, where the collective process was part of the sound. This is more of the old model where bands would be in the studio and let the tape roll, letting the music breathe and develop. He explained, “for the last couple of years we’ve been recording here on Greene Street, where I grew up, in my father’s old painting studio. We started tuning the room, playing, tuning the room more, playing, discussing, recording, drinking espresso, etc., a very harmonious process. We are set up now so we can just be three musicians playing and recording without constraints of any kind. The room, and this process, is now a part of our sound. Green Street Vol. 1 will be followed up shortly as Vol. 2 is already in the conception stage, and the guys have some wonderful new compositions percolating. Greene Street has a long history, not just for visual artists, but also for music. “A couple doors up you had Ali’s Alley and Survival Studios, owned by the great Rashied Ali. Up on the next block was Greene Street recording studio, Greene Street cafe, etc… Not to even mention the loft jazz scene or everything happening in Greenwich Village, the epicenter of jazz for decades now,” explains Sellenraad.

With Green Street Vol. 1, we are not trying to fit into any particular musical box, we are just developing our sound. Every time we play it is a further exploration of that and we sincerely hope the listener enjoys this snapshot of where we’re at! Green Street Vol. 1 was mixed with Ben Rubin and mastered by Alan Douches at West Side Music. The album will be available through all digital media outlets and on vinyl.

Will Sellenraad has earned a growing reputation of being at the forefront of creative musicians working in New York City. Known for his brilliant improvisations and his compelling, melodic compositions, this New York City native melds the various styles, phrasings and concepts of the jazz idiom with the raw elements of soul, rock and funk, to create a singular sound that is nothing short of inspiring. A recipient of several grants from the New York State Council on the Arts, Sellenraad is a mainstay on the NYC scene, and beyond, appearing at storied jazz venues such as The 55 Bar, Smalls, Mezzrow, The Blue Note, Birdland, The Iridium, the former Sweet Basil and many others.

Bassist Rene Hart is a unique musician who draws from a wide range of influences. He has toured the world extensively, performing at major Jazz and multi-genre music festivals including the North Sea Jazz Festival and the Montreal Jazz Festival. Hart's television appearances include The Tonight Show with Jay Leno and Late Night with Conan O'Brien. The artist incorporates modern electronics with the traditional sound of the acoustic bass. Hart has recorded and performed with artists such as David Amram, Julian Priester, Don Braden, and Myra Melford, James Hunter, Anat Fort, Pete Seeger and many others.

Also a native of NYC, Eric McPherson came to prominence apprenticing with legendary saxophonist and educator, Jackie McLean, and the innovative pianist and composer Andrew Hill. Those foundational experiences cultivated McPherson into one of the leading drummers in contemporary creative music. McPherson continues the legacy of the musical giants who came before him. As well as performing and teaching internationally with an array of today’s leading contemporary creative musicians, McPherson teaches privately and at the University of Hartford’s Jackie Mclean institute.