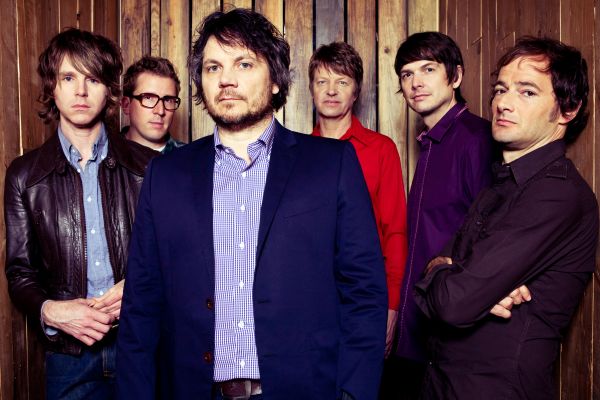 NEWPORT, RI: Newport Festivals Foundation, Inc. in association with Higher Ground is pleased to present the acclaimed Chicago sextet Wilco in a special headlining concert at the Newport Folk Festival on Friday, July 27, at 5:00 pm. The concert takes place at Fort Adams State Park on the eve of the 2012 Newport Folk Festival and features a headlining Wilco performance plus special guests Blitzen Trapper and Megafaun.

“We are excited to return to the tradition of presenting a Friday night concert at the festival, and we are lucky to have Wilco to kick off what already promises to be a great weekend of music, “ said Newport Folk Festival Producer, Jay Sweet. “Having been a part of our long history, it means a lot to us that they decided to come back this year. Wilco represents much of what we admire in a band — they are torch carriers, musical innovators and veritable stalwarts at their craft."

“It's always a pleasure to be involved with the Newport Festivals, ” said Wilco manager Tony Margherita. “They put on the types of events we love — well run, music-first shows in a beautiful setting. That makes for a great time whether you're standing on the stage or in front of it."

Tickets are $45.00 and go on sale worldwide on Friday, April 13, at 11:00 am at ticketmaster.com. This is a separately ticketed event from the two-day festival, which begins on July 28. Service Charges apply.

All seating is general admission on an open lawn. It is highly suggested that music fans arrive as close as possible to gates opening. Gates open at 4:00 pm; music starts at 5:00 pm. Please carpool or come by water shuttle from downtown Newport. Limited edition keepsakes will be given to the first 1, 000 people to enter the gates.

Wilco’s latest album, the Grammy-nominated The Whole Love, is out now on the band’s own dBpm Records.

“Quite simply, this is the work of a great band at the peak of their powers, and The Whole Love is a joy to hear…confirming once again that Wilco is as good a band as America can claim in the 21st century.” - All Music

Singer-songwriter-guitarist Jeff Tweedy formed Wilco in the mid-1990s. The Whole Love is the third album by the band’s current lineup, which solidified in 2004 when guitarist Nels Cline and guitarist/keyboardist Patrick Sansone joined Tweedy, founding bassist John Stirratt, drummer Glenn Kotche and keyboardist Mikael Jorgensen. Together, they released Sky Blue Sky in 2007 and the Grammy-nominated Wilco (The Album) in 2009. Wilco have won Grammy Awards for their 2004 release A Ghost is Born in the Best Alternative Album and Best Recording Package categories. Wilcoʼs Jeff Tweedy won a Grammy award as producer for Mavis Staples 2010 album You Are Not Alone.

Wilco’s dBpm Records is a full-service label releasing all future Wilco recordings and more. ANTI- Records provides distribution and additional label services for all dBpm releases. In 2010 Wilco, in collaboration with the Massachusetts Museum of Contemporary Art created the Solid Sound Festival, a three-day event of music, art, comedy and culture. The festival returns to MASS MoCA in June 2013.