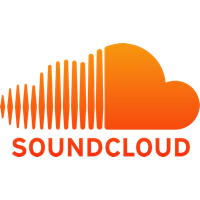 While fewer mainstream consumers use it and artists generally don't pull in as much revenue as from other streamers, Soundcloud is still an essential tool for every musician.

SoundCloud is the streaming service that gets no love. It’s not a big draw for music consumers, and many artists feel they don’t make enough money from it. If you’re a musician (and you don’t have to be an artist), neither of those are good enough reasons not to have an account though, and here’s why.

Once upon a time artists were protective of their music, afraid to let anyone (even managers and label execs) to hear it until it was perfect. That’s not how today’s artists work though. Many artists will post a brief snippet of a demo just to get some fan reaction before proceeding, or to have a history of the evolution of a track. This can happen because…

If you decide you want to take a track down or make it private, it only takes a a few seconds to do so. Try doing that on one of the mainstream services like Spotify. It may take weeks before you reach someone in customer service to have a song is removed or replaced.

It’s Private When You Need It To Be

Again, many artists aren’t comfortable with sharing their songs with the public and their fans before they’re finished, but a private SoundCloud track makes it easy to share with just a few as needed. That said, it’s also a perfect way to reward superfans before a release, as they can get a peek at a song in its early form or hear an alternate mix.

Do you remember back in the days when you hosted your music on your website? If you do, you also remember what a hassle it was, trying to get around storage and bandwidth restrictions and trying to find a player that would work on all browsers. SoundCloud solved those issues to the point where no one even considers hosting their music on their site or blog anymore. Of course there are now SoundCloud alternatives (Bandcamp, MixCloud, Audiomack, and MixCrate come to mind) but SoundCloud is sort of the Spotify of creative side of the business – the first to get the most traction and widespread use.

It Can Distribute Your Music To Other Streaming Services

A SoundCloud Pro account now offers its Premier distribution to all the major music services, including Amazon Music, Apple Music, Spotify, Tencent, YouTube Music and even Instagram. This is available at no extra charge, you get to keep all your rights, and the company doesn’t take a piece of your revenue. That’s a pretty good deal.

Every streaming service has its plusses and minuses, and a SoundCloud account doesn’t work for everyone. But it’s now because an essential tool for just about every musician who needs someone to hear what they can do. If you don’t have an account, now is a good time to sign up.