What Every Musician Needs To Know About Shazam 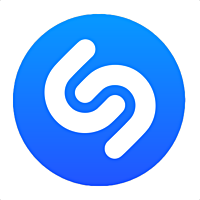 Since Apple Music for Artists recently added a feature which shows musicians their Shazam stats, more artists are looking to get their music added to the song-recognition program's database. Here we walk through the surprisingly easy process of how to make that happen.

Now that Apple Music for Artists displays Shazam stats, many independent musicians are wondering how to add their songs to the popular music-recognition tool’s database.

Good news: Getting your music on Shazam is probably a lot easier than you think.

The year is 2003 and you’re at a show waiting for the next band to set up. You hear a song playing over the loudspeakers that you’ve never heard before. None of your friends recognize it either and before you can ask anyone else, the band finishes tuning, the house PA fades down, and the set starts.

By the time the show is over you’ve forgotten most of the lyrics to the chorus. When you get home, you clumsily sleuth online. You can’t hum the melody into Google, so that’s out. Let’s see now, there was something in the chorus about her “loving” more than “them.” That’s not enough. Man that hook was catchy, but what was the phrasing?

If it was five years later you would’ve been able to hold your phone up for 10 seconds and have your answer.

In the example above, that match is “Maps” by the Yeah Yeah Yeahs.

This is Shazam, a revolutionary music-recognition tool that first launched as a dial service in 2002 in the UK, and 2004 in the US. Back then, Shazam would text matches back to the user, but the app really took off in 2008 alongside the smartphone revolution. Since then, Shazam’s database has grown to include many millions of songs, TV shows, ads, and more. It’s also helped users identify audio more than 15 billion times.

Soon after the app became available on smartphones, an important functionality was added that displays links to the music on various platforms.

So, what does this mean for indie artists? In the case of the Yeah Yeah Yeahs, it would’ve meant that showgoers hearing their single for the first time in public could have identified the song much faster and more accurately. That ability holds as much truth and importance now as it did 11 years ago when users first embraced it, and it’s still Shazam’s most important function.

Shazam hears better than we do; it breaks music down to digital data, matching multiple points of a sample against a spectrogram (a graph of a song’s time-frequency) to ensure an accurate match. This helps, for instance, to differentiate multiple covers of the same song, so you don’t get a match for Jessica Simpson’s cover of “These Boots Are Made for Walkin'” when you’re actually banging your head to the Megadeth version.

But more than audio recognition, Shazam is part of the get-it-now instant gratification movement of the twenty-tens. Get a match and the app will not only send you back the song title and artist name, but also options to stream it on services like Apple Music and Spotify, buy it on iTunes if you’re on iOS, or hear it/buy it on Google Music if you’re on Android. Just click the link to your favorite platform and get that new tune you heard during your Lyft ride home.

Again, this functionality is why Shazam is so key for artists, including independent artists who need to take advantage of every discovery opportunity. When someone hears your song at a local venue, in a coffeeshop, or on community radio, Shazam doesn’t just provide that person with context for their passive music discovery; it actually links the user to a place where they can hear more of your music, follow you, add your songs to their playlists, and more. Shazam will even display lyrics, videos, artist bios, and concert tickets if available.

How to get distributed to Shazam

CD Baby makes it easy for your music to be added to Shazam’s database.

If you select the Downloads Only level of distribution or higher for your submission (which is basically everyone who uses us for digital distribution), your music will be sent to Shazam along with any other platforms you select once your release is finalized for distribution.

After that, anyone with a smartphone can use the app to identify your music. When they do, the Shazam user will see links to other platforms where your music has been delivered, creating that ever-important synergy across platforms.

Shazam once claimed to have driven more than 400,000 song downloads per day. In 2017 Shazam was generating 30 million clicks a month to music streaming services. Now that we’re squarely situated in the streaming era, the app’s 150 million active users are no doubt creating an even bigger frenzy of song plays and playlist adds. If you’re distributing through CD Baby, your music is accessible to that massive user base, and all they have to do is hold their phone up.

Now, you might be wondering “How do I tell if my music is actually on Shazam without someone hearing a song in the wild and matching it?”

The first step is to check if CD Baby has delivered your music to Shazam. To do that:

This is where you can see your submission’s delivery status with all of our partners. If Shazam is listed as Delivered, then congratulations, you’re on Shazam!

But, how do you know you’re really in their database after delivery?

If you ever want to check the database, head there and search your artist name. After your music has been delivered, there’s nothing left for you to do but tell your fans to grab their phones and hold ‘em aloft if they hear your music when they’re out and about.

Okay, now I’m on Shazam, but how do I get my artist biography on there?

Shazam pulls lyrics from a site called Musixmatch. If you create an account with them and enter your lyrics, Shazam can pull the words to your songs from there. They make sure to clarify in their submissions FAQ that they reserve the right to not display lyrics due to licensing restrictions, so if someone else owns the copyright to your lyrics they might not be able to display them.

What if I play live?

Shazam has you covered there, too. When a user matches an artist, they can see any tour dates that artist has posted. They get this information from Songkick, so if you’re playing shows we suggest you create an account with them and post those dates!

Once on Shazam, your music will stay there

One thing to keep in mind is that since Shazam is not a retail site, your music will still be in their database even if you decide to cancel your distribution. This is because they destroy all audio files once they’re fingerprinted. So they have no way of knowing you might have cancelled your distribution the same way a DSP like Apple Music would. There is currently no way to remove music from Shazam. Once your music is on Shazam, it’s there to stay.

Despite its magical name, Shazam is far more than a piece of audio wizardry. Its audio fingerprinting software makes your music recognizable to anyone with a phone, and that makes it an important tool for connecting with potential fans.

The more avenues the better, as the old indie artist saying goes! With Shazam, every instance of your tracks being played in public is a possible entry-point to your music.