What Does A GRAMMY Nomination Actually Mean? 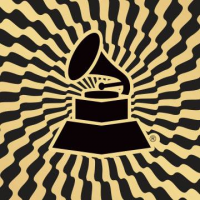 While many operating in and around the music business may question the real value of being nominated for a GRAMMY these days, many industry veterans such as Sammy Hagar, Cage The Elephant, and Tori Kelly still feel that such a nomination can do a lot of good for one's career.

On December 7, GRAMMY nominations for the 58th Annual GRAMMY Awards on Feb. 15, 2016 will be unveiled. Despite the continuing slew of predictions that lead up to the announcement, the only thing we can be certain of for nomination day is we will see, hear and read a ton of interviews where one phrase is repeated over and over: “It’s an honor to be nominated.” We spoke to a wide berth of people, including musicians, a producer and an engineer to figure out just how much impact a GRAMMY nomination really has and some of the very surprising ways a GRAMMY can help an artist.

Veteran rocker Sammy Hagar won for the now-defunct Best Hard Rock Performance category at the 34th Annual GRAMMY Awards while fronting Van Halen, and while he and his band mates didn’t make the ceremony, he does believe that everyone is indeed flattered to be up for a GRAMMY.

“I think any artist, whether they say it or not, digs the recognition and digs the fact they might be up for one,” he says. “I don’t care if you’re Pearl Jam or Neil Young and these guys that are anti it, when they see their name saying they’re nominated or they just won an award you get a little tingle.”

Getting a little tingle and the respect of your peers is an honor and thrill, no question. And a nomination is, as Hagar calls it, “A great thing on your resume.”

Beyond giving a tingle and a resume boost, what does a GRAMMY nomination really mean though? Does a nomination mean more work, more credibility, higher sales, a longer career? Guaranteed work is a big perk, as is a prime slot on a packed bill. Cage The Elephant’s Matt Shultz says that was one of the benefits his band enjoyed from their 2015 nomination for