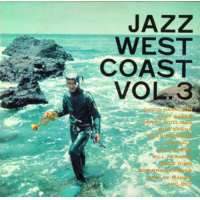 slideshow
West Coast jazz has no real beginning and no specific founder. It's a sound that evolved from a range of influences, including Lester Young's relaxed sound on the tenor saxophone, Count Basie's swing and classical counterpoint. But West Coast jazz is also a product of experiences, including the beach breezes, the vastness and tranquilizing effect of the Pacific Ocean, the car culture, and the optimism of suburbia.

When I interviewed Howard Rumsey in 2009, the bassist who managed The Lighthouse club in Hermosa Beach, Calif., home of West Coast jazz jam sessions, said the chief architects of the music were Shorty Rogers, Shelly Manne and Gerry Mulligan. All were East Coast transplants who made expansive use of harmony and round-robin soloing. Early on, jazz associated with the West Coast was a more laid back form of bebop, or, as Howard told me, “It's the music of happy—in a hurry."

We know that the properties that define West Coast jazz—zig-zagging melody lines, dry-roasted solos and tight harmony configurations—were pretty much in place by 1951 on Shorty Rogers' Modern Sounds album for Capitol. But where did the sound on this album come from? What's the genesis? Let me take a stab at it.

If we assume Shorty Rogers had the greatest influence on shaping the early West Coast jazz sound, then we need to track his footprints back from Modern Sounds. During the late 1940s, Rogers was in Woody Hermans' band, specifically the one in 1947 that recorded Jimmy Giuffre's Four Brothers. This reed-centric, highly melodic recording was harmony-rich but it didn't really carry the architecture of West Coast jazz. Instead, it was more of a bebop line fleshed out with saxophones.

In January 1950, Rogers joined Stan Kenton, where he found an orchestra with much more power and musical muscle for his arranging style. In February '50, the band recorded Rogers' arrangement of Jolly Rogers, which had inklings of his circle-of-fifths progressions and stepped sectional approach...

But here, the music was more like a snapping electrical cable than the cubist approach that would become Rogers' hallmark sound. Not until September '50, with Kenton's recorded Rogers' Round Robin, do we start to hear the West Coast jazz sound emerge. Where Jolly Rogers is blistering, Round Robin had a more tempered thing going. There are plenty of fireworks thanks to Maynard Ferguson's trumpet, but they are used merely for splash and punctuation. What dominates is the seductive descending progression and stop time figures that would be used often by Rogers in the years that followed. We also hear more relaxed solos by Rogers on trumpet, Bud Shank on alto sax, Art Pepper on alto sax and Don Bagley on bass...

Compare Round Robin with Apropos from Shorty Rogers' Modern Sounds album, recorded in October '51. By then, the West Coast sound was formed. Though Mulligan would be on the West Coast the following year, where he formed his pianoless quartet, the octet format pioneered by Rogers would become the most efficient ensemble size to handle West Coast jazz....

So in effect, I'll venture to say that West Coast started with Shorty Rogers' arrangement of Round Robin for Stan Kenton in 1950. While the sound might not have been fully formed yet, all the parts were in place.