We Lost a Jazz Giant 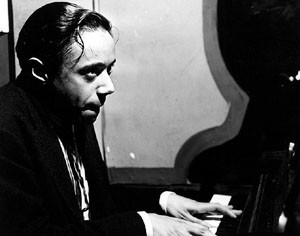 slideshow
The jazz world is mourning yesterday’s passing of composer, pianist and bandleader and NEA Jazz Master Horace Silver. He was truly one of the greats, helping create the hard bop genre in the 1960s and leaving as his legacy a wonderful trove of soulful, funky and catchy tunes. He was a Stan Getz sideman early in his career, co-founded  the Jazz Messengers with Art Blakey, and his own band was a wonderful talent springboard over the years.

His best-known composition, of course, was “Song For My Father,” which he penned in 1964 as a tribute to his dad. So it is rather ironic that Silver left us just a couple days after Father’s Day. But there were other great tunes as well – “The Preacher,” Tokyo Blues, “Filthy McNasty, “Doodlin’,” “Blowin’ The Blues Away” and “The Jody Grind.” The list goes on and on.

I only had the privilege of hearing Silver live and interviewing him once, back in August 1996 in Cambridge, MA. But I have found great inspiration and swing in his songs every time I hear them. Of course, the one I heard the most when living in New England for more than 30 years was the wonderful ballad “Peace.” Boston jazz broadcaster Eric Jackson used pianist Tommy Flanagan’s version as his opening theme song for several decades on WGBH radio. Sadly, the station asked him to stop doing so. (That version is from Flanagan's 1978 Galaxy/Original Jazz Classics album Something Borrowed, Something Blue.)

One of the best collections of interpretations of Silver’s music is found on singer Dee Dee Bridgewater’s album Love and Peace: A Tribute To Horace Silver, released in 1995 on Verve. It stands the test of time and you would do well to check it out, or to listen once again in tribute to the master.