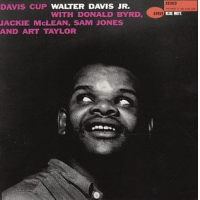 slideshow
On August 2, 1959, Rudy Van Gelder opened his newly built Englewood Cliffs, N.J., recording studio. Between 1952 and August 1959, Rudy had been recording jazz albums for Blue Note and other labels in a soundproof room at his parents modernist white stucco home a few miles away in Hackensack. The first album recorded in Hackensack was the 10-inch Gil Melle Quintet/Sextet for Blue Note. The room Rudy used is featured widely in many of Francis Wolff's photos with the closed Venetian blinds as a backdrop to jazz musicians at ease between takes in the dead of night.

Here's how I described the space after a visit to Rudy's Englewood Cliffs studio for my Wall Street Journal profile in 2012: “Inside the studio, the butterscotch-hued, cathedral-like space features a vaulted ceiling made of laminated Douglas-fir arches and cedar planks, giving the room a Scandinavian feel. Snap your fingers or talk, and the sound appears to hang in the air momentarily, as if the rafters were evaluating the sonic quality before letting it go."

The idea for the house and studio's unusual design (above) came to Rudy in 1954, when he moved out of his parents home and into a nearby apartment with his wife. A museum exhibit in New York on Usonian architecture gave the couple an idea. “The image I had in mind was a small concert hall," Mr. Van Gelder told me. Then came a meeting with David Henken, a Usonian architect and student of Frank Lloyd Wright. Henken designed plans for Rudy, and Armand Giglio, one of Henken's developers, built the studio on a wooded lot in Englewood Cliffs. Rudy and his wife lived in the adjacent home.

The first album recorded at the new studio was Walter Davis Jr.'s Davis Cup. The Blue Note record featured Donald Byrd (tp), Jackie McLean (as), Walter Davis, Jr. (p), Sam Jones (b) and Art Taylor (d). All of the songs were composed by Davis. (The last album recorded in Hackensack was Benny Golson's Gone With Golson for the New Jazz label)

Rudy pulled out all the engineering stops. Davis's piano is up front in the sonic scheme, the horns are warmly presented a few steps back, Taylor's drums are urgent with a thick snap created by the interior Cloister effect, and you can hear every note of Jones's bass hang in the rafters before drifting down. As this album shows, Davis was a gorgeous hard-bop composer and player. His pieces have lovely melodies rich with hooks, and the arrangements feature deft unison harmonies that weave in and out of the melodies. At the time, Davis was in Art Blakey's Jazz Messengers and determined to make a mark. It was brilliant on his part to choose Byrd and McLean for his front line. Davis recorded frequently with Byrd in the late 1950s and he appeared behind both Byrd and McLean on McLean's New Soil (1959). Several tracks on that album are by Davis. [Photo above of Rudy Van Gelder]

For me, perhaps the high point on Davis Cup is Davis's Sweetness, a haunting and mournful mid-tempo ballad. The beauty of Rudy's space can be heard distinctly through Davis's keyboard. You can hear every element of the piano, from the black and white keys being depressed to the little felt-covered hammers striking the strings. Byrd also takes a solo, and his horn is fleshy and warm, the notes seemingly hovering over the grand piano. Not bad for Rudy's first Englewood recording. What's strange is that the liner-notes writer, Joe Goldberg, never even mentions the new space. I guess Rudy kept it quiet.

JazzWax clips: Here's the entire album, starting with the first track, Smake It...