I’m focusing on finding new musical opportunities that challenge and inspire me. 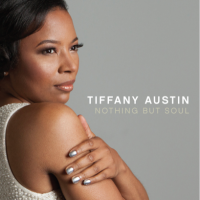 slideshow
Raves began pouring in upon the release of jazz singer Tiffany Austin’s debut CD, Nothing But Soul, on her own Con Alma Music label last summer. Yoshi Kato gave the disc four stars in his glowing DownBeat review. Kevin Whitehead called her “a vocalist to keep an ear on” during his radio review for NPR’s Fresh Air. “She’s magnetic on stage, always finding fresh insights on the American songbook, and yet always in touch with the singers and traditions who’ve come before,” Cy Musiker commented on KQED-TV in San Francisco.

Offers for performances at prestigious venues quickly followed. They included a sold-out CD release concert at SFJAZZ in San Francisco in June, a date with drummer Tommy Campbell at New York City’s Blue Note in August, three nights in October with John Handy at Dizzy’s Club Coca-Cola in New York in celebration of the 50th anniversary of the saxophonist’s triumphant 1965 Monterey Jazz Festival set, and a sold-out January show at Feinstein’s at the Nikko in San Francisco.

“It’s more rhythmically and melodically complex than your typical vocal material,” she says of Campbell’s original music. The sextet plans to record an album two days later in Teaneck, New Jersey. Austin will return to the Bay Area for shows with her band on July 14 at the Yerba Buena Gardens Festival in San Francisco and on August 13 at the San Jose Jazz Summer Fest. The band will consist of trombonist Mitch Butler, pianist Adam Shulman, bassist David Ewell, and drummer Sly Randolph. The repertoire will consist of songs from Nothing But Soul, many of them written by Hoagy Carmichael, as well as new compositions by the singer herself and material she’s collecting for a future show related to the Harlem Renaissance of the 1920s.

“It’s a contemplation of what the Harlem Renaissance would sound and feel like if it were set in the present time,” Austin explains. She had earlier been in residency through San Francisco’s Red Poppy Art House and San Francisco Friends of Chamber Music for her project based on the music of Amede Ardoin, the legendary Louisiana Creole accordionist of the 1920 and ’30s whose innovative style had a profound impact on the development of both Cajun and zydeco music.

Before she made her first CD last year, Austin had sung on three continents—around her native Los Angeles while attending college, then for a year in London, and eventually for five and a half years in Tokyo. She set music aside, however, upon being accepted in 2009 at the University of California’s Boalt School of Law in Berkeley. Yet her passion for music never went away, and a year into her law studies, she enrolled on a full scholarship at the nearby Jazzschool (now the California Jazz Conservatory), where her refreshingly original singing style attracted the attention of such young Bay Area bandleaders as bassist Marcus Shelby and tenor saxophonist Howard Wiley. Although she did earn a Juris Docorate in 2012, while her peers were all taking the bar exam she decided instead to devoted her life to her first love.

By the beginning of 2016, Austin had become so busy with her singing career that she had to start passing on some potential engagements. “I’m focusing on finding new musical opportunities that challenge and inspire me,” she says.