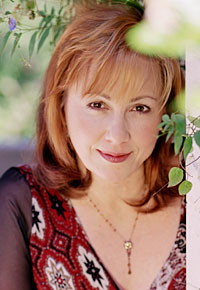 slideshow
With the release on May 17 of The Music of Randy Newman, her debut CD for Motema Music, Roseanna Vitro stakes a claim as the first jazz vocalist to explore the richly melodic, sharply observant Randy Newman songbook. Having previously covered the music of American icons Ray Charles and Bill Evans in acclaimed album-length projects, Vitro relished the challenge of selecting material from Newman's vast catalog.

“What I love about Randy Newman is his ability to tell a story, and the fact that his music is Southern-flavored with a real taste of New Orleans," says Vitro, an Arkansas native who cut her musical teeth in Texas. “It provides me with a rare opportunity to delve deep into my roots. I felt so at home singing his songs, I could make three albums of his music."

Working closely with veteran pianist and longtime collaborator Mark Soskin, Vitro infuses Newman's songs with her soul-deep feel for blues and gospel. Vitro credits the concept to her husband, sound engineer and producer Paul Wickliffe, an idea planted by her yearning version of Newman's “I Think It's Going to Rain Today" on her 2006 album Live at the Kennedy Center.

The project is very much a collaboration with a brilliant cast of musicians, including Mark Soskin, whose long history with Sonny Rollins and his band goes back to the 1970s and who currently teaches at the Manhattan School of Music; rising violin star Sara Caswell, heard recently with Esperanza Spalding's Chamber Music Society and Mark O'Connor's American String Celebration; percussion ace Jamey Haddad, currently with Paul Simon's band; guitarist Steve Cardenas, now touring with Ben Allison and Jenny Scheinman; and Vitro's working rhythm section of bassist Dean Johnson and drummer Tim Horner, both featured on Live at the Kennedy Center.

For the new CD, Vitro and Soskin developed arrangements that flow from the contours of Newman's incisive lyrics and the implied orchestrations of his piano playing. The disc opens with “Last Night I Had a Dream," in a propulsive Latin groove, and also includes Vitro's highly personal takes on “Sail Away," “Baltimore," “I Will Go Sailing No More," and Newman's 2002 Oscar winner “If I Didn't Have You," recast as a bossa nova.

Although Newman's work as a film composer goes back several decades (he received two Academy Award nominations for Ragtime in 1981)&#151contemporaneous with his career as recording artist—in recent years he's emerged as Hollywood's favorite tunesmith. His music has played an essential role in more than a dozen hit films, including The Natural, Meet the Parents, and the Toy Story trilogy.

“Randy's stories have touched me for a long time," says Vitro, “and hopefully, as I sing these songs, my listeners will find something that touches them as well."