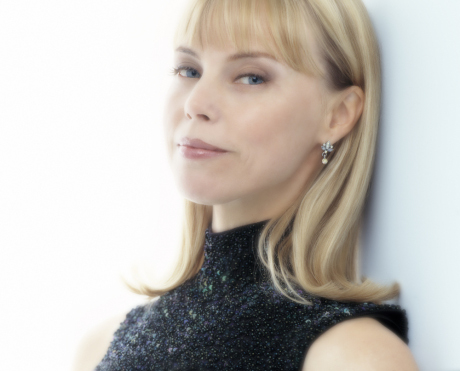 Since she was born in Bob Dylan's hometown of Hibbing, Minnesota, it would not have been a surprise if Connie had followed the singer/songwriter's example. But listening to her dad's collection of Ella, Ellington, and Lambert, Hendricks & Ross records set her off on the jazz route instead of Highway 61. Known for taking divergent paths, Connie’s past releases explored the music of the Beatles (LET IT BE JAZZ), Dave Frishberg (LITTLE DID I DREAM), Django Reinhardt and the world of gypsy jazz (GYPSY IN MY SOUL, STOCKHOLM SWEETNIN’), Peggy Lee (FEVER), jazz masters (SOME CATS KNOW) and Broadway (I HAVE DREAMED).

Based in Minneapolis, Evingson appears regularly at the renowned Dakota Jazz Club and has made multiple appearances with Garrison Keillor’s A Prairie Home Companion, the Minnesota Orchestra, and the JazzMN Orchestra. Away from the Twin Cities, she performs in clubs, theaters, and concert halls across the U.S, in Europe and Japan.

“I’m flattered, thrilled and grateful for such a tasteful compilation of my songs. Connie Evingson is a wonderful singer and has given bossa nova and me a marvelous gift” —Norman Gimbel