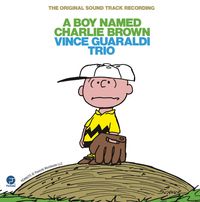 slideshow
American post-war snark dates back to October 2, 1950. On that date, Charles M. Schultz's Peanuts comic strip was syndicated by Universal, and Charlie Brown, the strip's protagonist, evolved into an upbeat punching bag for a wide range of recalcitrant characters ranging from an annoying girl to a wiseguy dog. Schultz had tapped into the social network of pre-teens and its pecking order, unleashing a milky form of what would grow richer and darker in the '50s—the youthful chiding of all things straight and narrow and the triumph of eccentrics.

By 1963. Schultz's strip had become massively popular among 60 million readers, including a growing Baby Boomer population who favored the strip's simplicity and brevity of words. By contrast, Dondi was gloomy and dense with illustration and narration, featuring a kid in a cap who always seemed lost in a traumatic adult world. Peanuts was adults-free, and its characters operated at a safe distance from grown-up stresses, perils and, later in 1963, assassination.

That year, Schultz and his business colleagues decided it was time to consider television, which was fast becoming popular with Boomers, particularly on Saturday mornings. So the team moved forward with A Boy Named Charlie Brown, a 60-minute documentary meant to introduce Schultz and his characters to television executives. But before the film was wrapped, Schultz and Bill Melendez—the only illustrator Schulz trusted to transform his newspaper characters into prime-time stars—produced their first half-hour animated special, A Charlie Brown Christmas, which eventually aired for the first time on CBS on December 9, 1965.

On the adult side of the Charlie Brown equation, the French film Black Orpheus was released in 1959 and became a critical success. As was the case with many hit shows and movies at the time, a jazz version of the music was recorded by pianist Vince Guaraldi, aptly titled Jazz Impressions of Black Orpheus. One of the songs Guaraldi wrote was Cast Your Fate to the Wind.

In 1964, Lee Mendelson, producer of A Charlie Brown  Christmas, was crossing San Franciso's Golden Gate Bridge in a cab when he heard the Guaraldi single on the radio. A call to Ralph J. Gleason, the San Francisco Chronicle's jazz columnist, led to Guaraldi. Mendelson, who liked the swinging ease of Guarldi's sound, suggested he score the upcoming TV holiday special. Guaraldi wisely agreed, joining a franchise that would last decades. Guaraldi's music  became Charlie Brown's heartbeat and inextricably linked to the TV specials.

But first things first. The documentary needed music, so Guaraldi wrote songs for the film. But when it became apparent that the documentary wouldn't be released (there was no longer a need for it), Fantasy produced Guaraldi and his trio playing Jazz Impressions of A Boy Named Charlie Brown in 1964. Naturally, the album primed the adult pump for A Charlie Brown Christmas Special.

The Guaraldi album has just been remastered and reissued by Concord and features Guaraldi at the dawn of his Charlie Brown involvement. Other than Linus and Lucy, the album is largely free of Brownish theme music. It's a jazz trio playing mostly originals, with Monty Budwig on bass and Colin Bailey on drums. And unlike many of the Charlie Brown holiday-themed albums, which always come with a heavy dose of nostalgia, A Boy Named Charlie Brown is breezy, funky jazz with a light foot. No matter how you feel about Charlie Brown, this album is like a Calder sculpture—sophisticated and playful.