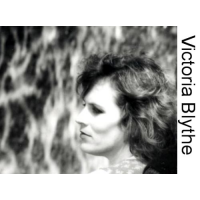 slideshow
On August 1, Universal Pictures released the James Brown biopic “Get on Up.” In recognition of this event and for airplay in connection with it, acclaimed SF Bay Area singer Victoria Blythe released her new cover of James Brown's “I Got You (I Feel Good)”. Blythe slows down and heats up Brown's classic track with just her sultry, nimble voice, dressed in nothing but a stand-up bass.

Blythe is releasing the track as a download only, as part of a five-song EP, Silver Flyer, now available at iTunes, Spotify, Google Play, Amazon, Rhapsody, Wimp and Deezer. She has also released a YouTube video: Victoria Blythe Tribute to James Brown.

Blythe explained her choice of the song as a cover on her otherwise original album: “I love doing covers that are totally different than the original. The Godfather of Soul made “I Got You" an instant classic in his genre, but it's also got great bones for a performer like me as a slow-burning R&B ballad. (Bassist) Sam Bevan and I stripped it down and slowed it down, and we love the result."

Biography: Award winning singer/songwriter and multi-instrumentalist Victoria Blythe combines jazz, folk and pop music into original songs in a style that is uniquely her own. Her thrillingly beautiful vocals have been compared to Alison Krauss, Paula Cole, Sandy Denny and Joni Mitchell. She has studied both classical voice and jazz and has been performing professionally since she was a teenager. Her song “Dancing with You" won the West Coast Songwriters Song of the Year award and has appeared in movies and on TV.