SOURCE: ALL ABOUT JAZZ PUBLICITY
April 25, 2013
Sign in to view read count 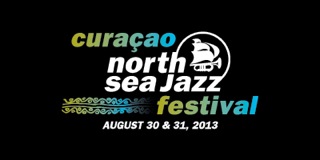 The lineup of the fourth Curaçao North Sea Jazz edition looks festive and very promising. We have just received confirmations of none other than Marc Anthony, Toto, Paul Anka, Pernell Saturnino and Friends featuring Miguel Zenón and for Brionplein Israel & New Breed.

Marc Anthony has been on the Curaçao North Sea Jazz wish-list for quite some time. Last year, he participated in the Sergio George All Star Friends band that was composed especially for that occasion, this year he will have his own swinging performance. He is the biggest-selling salsa artist in the world. Singer/producer/actor Marc Anthony started at a young age as background-singer, but his talents as a performer and composer stood out quickly. In 1991, his first album When The Night Is Over appeared. At the end of the 1990s he made the crossover to the worldwide mainstream-public, when his English-language albums Marc Anthony and Mended, and singles such as I Need To Know and You Sang To Me, became great successes.

Rosanna, Africa, Pamela, Stop Lovin You are all classics. In the 35 years Toto has existed, IT has sold over 35 million albums and been awarded with multiple Grammy’s. The musical world-map cannot be imagined without this band. Not only Toto’s own productions are enormously successful, but also its cooperation with giants such as Michael Jackson, Stevie Wonder, Miles Davis, Aretha Franklin, Elton John, Pink, Paul McCartney, Santana and Lionel Richie.

Few artists can beat this: singer Paul Anka (1941) is already celebrating his sixth (!) decade as an artist. He became world famous with hits such as Diana, Put Your Head On My Shoulder and Puppy Love. Also as a composer Anka has many great hits to his name; he made the English version of Sinatra’s My Way and wrote for and with, among others, Buddy Holly, Tom Jones and Michael Jackson. Anka will bring his Big Band especially for his concert in Curaçao.

Everyone will be able to enjoy a unique gospel concert of Israel & New Breed at Brionplein on Sunday 25 August. The charismatic singer Israel Houghton combines elements of gospel, jazz, latin and rock. Mainly in North America, Israel is very well-known for his cross-genre and vibrating music. A show not to be missed.

Artists confirmed to date for the following locations and dates:

And the Hot 8 Brass Band

And the Hot 8 Brass Band

Tickets for the festival can be purchased through 522-JAZZ, the official sales locations and ticketmaster.com. The Curaçao North Sea Jazz Festival is made possible by: Fundashon Bon Intenshon