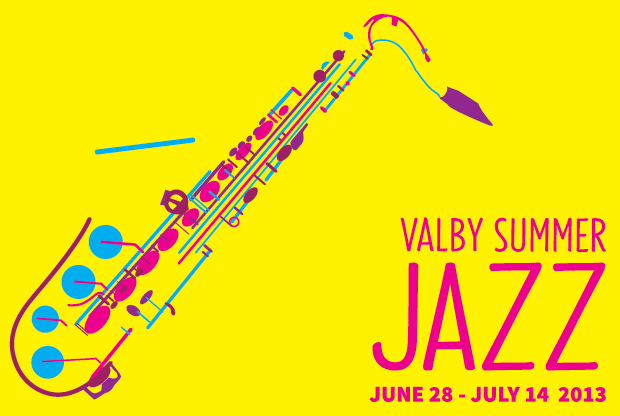 slideshow
In 2012, many stars such as Randy Brecker, Jim Hall and Lee Konitz gave lustre to Valby Summer Jazz. This year the festival once again strives to reinvent and introduce jazz music to new audiences in meetings between great jazz masters and some of the best classical acts, DJ’s, pop vocalists and crooners.

Benjamin Koppel presents his independent sub-festival to the mother festival, Copenhagen Jazz Festival from July 5‐14. In 2012 the leading online jazz magazine All About Jazz praised the Valby Summer Jazz in a review:

”Good things tend to grow, at least when there's passion and dedication involved, and Valby Summer Jazz, which primarily takes place at the outskirts of Copenhagen in the suburb of Valby, is indeed a labor of love that has become so prominent that it almost outshines its big brother, the Copenhagen Jazz Festival.”

Once again, great international stars will visit the festival, including the international stars David Sanchez (PR), Scott Colley (US), Joe Lovano (US), Audun Kleive (NO), Palle Danielsson (SE), Kenny Werner and the legendary septet from the golden age of Blue Note Jazz Club and Danish Jazzhus Montmartre, The Cookers / Billy Harper, Eddie Henderson, David Weiss, George Cables, Cecil McBee, Billy Hart, who have been playing with all the great masters for more than a lifetime.

EXPANDING THE HORIZON FOR JAZZ MUSIC

This year Koppel expands the festival’s focus introducing classical, modernistic and chamber music, crooning and electronica to the festival’s trademark mixing of genres. One of the finest choirs in Europe, Ars Nova Copenhagen, will join American jazz violinist pioneer John Blake Jr. and his son, drummer Johnathan Blake. While German trumpeter Markus Stockhausen will excite with his unique fusion of classical, jazz and electronical music. The concerts are equally distributed between the historical and beautiful setting of the old Betty Nansen Theatre on Frederiksberg and in Prøvehallen in Valby. Prøvehallen used to be a porcelain factory, but is now a venue for music and other cultural activities in the village of Valby, and is the festival’s most intimate venue with 255 seats, while the theatre offers a beautiful stage framed in gold, a beautiful foyer and comfortable red velvet chairs for 500 people.

THE BENJAMIN KOPPEL­‐TAKE ON JAZZ

For the fourth year in a row, Danish saxophonist Benjamin Koppel is the festival’s art director. He often plays the Blue Note Jazz Club in NY and is one of Denmark’s most sought after musicians. He’s known for his versatility and virtuosity and has performed with Phil Woods, Miroslav Vitous, Daniel Humair, Randy Brecker, Chano Dominguez, Charlie Mariano, Sheryl Crow, and others. All concerts during the festival carry the distinctive Benjamin Koppel­‐brand – an open, playful approach to music and an aim to broaden the concept of jazz to entirely new audiences.