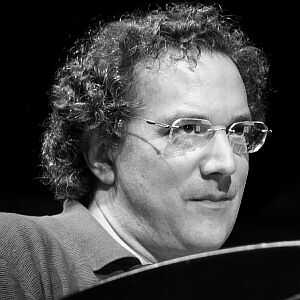 Moloch is a remarkable set of piano solos. Some of these pieces are dark, others very beautiful. All are played superbly and imaginatively. Uri Caine is a Philadelphia-raised virtuoso, unconfined by genres. Likewise-unfettered is the music's composer, John Zorn, from whose Book of Angels {Masada Book Two} these pieces come.

In addition to performing solo and with his own ensemble, Caine has worked with groups, including those led by by Don Byron, Sam Rivers, Clark Terry, Arto Lindsay,John Zorn and Barry Altschul. He has also performed with the Woody Herman Band, the Enja Band, and Global Theory. Caine has appeared at many jazz festivals including the What is Jazz? Festival, the Texaco Jazz Festival (New York), the Montreal Jazz Festival, Jazz Across the Borders (Berlin), and the Newport Jazz Festival. Appearances at classical music festivals include the Salzburg Festival, the Holland Festival, and the Israel Festival. Caine is the recipient of grants from the Pennsylvania Council on the Arts and the National Endowment for the Arts.

Uri Caine is presented by Louth Contemporary Music Society (LCMS) in association with Louth County Arts Office. Uri Caine is funded by The Arts Council / An Chomhairle Ealaon and financially supported by the the Louth Arts Office.

Please note John Zorn is not performing at this concert.

Tickets 15 are available from