SOURCE: ALL ABOUT JAZZ PUBLICITY
May 28, 2018
Sign in to view read count 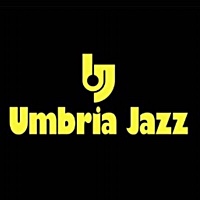 slideshow
Not many festivals have had the kind of impact that Umbria Jazz has had on the musical history of a country and on its social history as well. When it started out in 1973, Umbria Jazz was simply an attempt to combine the passion of a group of jazz lovers with the needs of a region that wanted to promote its riches.

No one could have imagined the importance that the festival would later acquire on the music scene both in Italy and beyond. Today the name of Umbria Jazz is known and held in high regard all over the world, it is the ambition of many artists to perform there, and it has become a point of reference in the world of music and music festivals.

Since the first edition of Umbria Jazz a great deal has changed, but not the Festival's spirit and identity which, together with the quality of its programmes, are at the heart of its success.

This year's event follows the format first introduced some years ago: there are many different kinds of music for everyone, but the Festival's soul is inextricably tied to jazz and to the history of this incredible music.

The programme for the 45th edition of the Festival reflects this and includes not only the many different forms of jazz but also pop, soul, rock, blues and much else besides. Among the artists appearing at Umbria Jazz 18 you can find both established stars and up-and-coming newcomers, I together with conic figures of pop and black music, and jazzmen experimenting with fascinating new projects.

The main Festival venues continue to be the Santa Giuliana Arena, where the biggest names perform, he Morlacchi Theatre, which is dedicated to more orthodox jazz and the Sala Podiani at the Galleria Nazionale dell’Umbria.

The free open-air concerts take place in Piazza IV Novembre and at the Giardini Carducci. They are very much a part of the Festival's history, a reminder of its early years when it was as much a social phenomenon as a musical event. Each day there is also a traditional Street Parade.

Ultimately, the miracle of Umbria Jazz is that it has created a major popular event that attracts large numbers of people and a great deal of attention, and it is all immersed in a very special, unique setting that is without equal anywhere in the world.