Trumpeter Cuong Vu Interviewed at All About Jazz...And More!

SOURCE: ALL ABOUT JAZZ PUBLICITY
August 8, 2011
Sign in to view read count 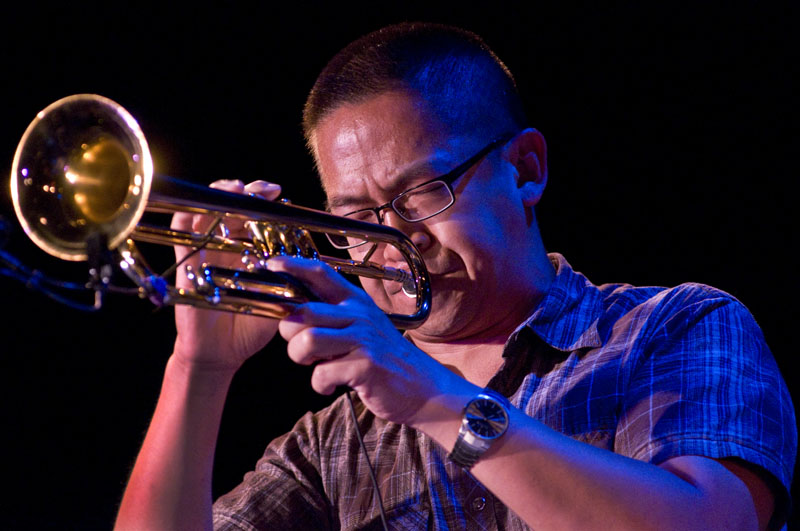 slideshow
New York may be the major incubator for all that's best in American jazz but there are healthy signs that vibrant scenes are emerging in other cities. In Seattle, there's something going on; an exciting scene is developing around a core of young musicians who see the jazz tradition not as one of emulation, but as essentially one of innovation and progress. The emergence of so many like-minded, forward-thinking jazz musicians in Seattle has much to do with the influence and guiding hand of trumpeter Cuong Vu. At the end of 2006, after a dozen years in New York establishing his reputation as an innovative, uncompromising modernist&#151a wholly original voice—Vu opted to return to his native Seattle in pursuit of a better quality of life, and inevitably, new challenges followed.

The past year has seen a particular flurry of activity, with Vu involved in a number of key new projects, including Leaps of Faith (Origin, 2011), with his own Vu-Tet; the debut of a collaborative project with saxophonist Andrew D'Angelo, Agogic (Table and Chairs Music, 2011), and the debut of Speak (Origin, 2010), from a group of young Seattle musicians that also includes Vu-Tet bassist Luke Bergman. With so much on the go, it was clearly the right time for All About Jazz's Ian Patterson to speak with Vu these projects and much, much more. Read what Vu has been up to, since uprooting and heading west, in Ian's in-depth interview, Cuong Vu: Agogic Logic, published today at AAJ.

But that's not all. To shine a spotlight on Vu and his numerous projects, AAJ also has a number of other features:

Watch Vu in performance with Speak at the 2010 Saalfelden Jazz Festival, today's Video of the Day;

Read Ian's insightful multi-review of Agogic, Leaps of Faith and Speak, also published today at All About Jazz;

Check out Cuong Vu as AAJ's Featured Photo of the Day.

All About Jazz is committed to bringing you the most extensive coverage anywhere, so check out all the buzz about Cuong Vu at AAJ today!