Trumpeter Amir ElSaffar Interviewed at All About Jazz!

SOURCE: ALL ABOUT JAZZ PUBLICITY
February 21, 2012
Sign in to view read count 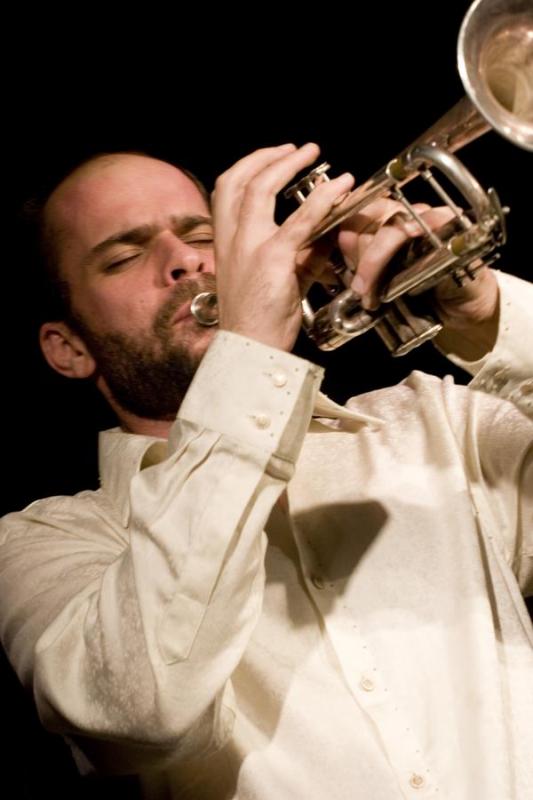 slideshow
There was a point during Amir ElSaffar's study of Arabic music where he almost didn't come back to jazz. He had gone to Iraq to study maqam, the system of melodic modes in traditional Arabic music, in order to bring some of the concepts into jazz. However, the experience proved to be a deepening one for ElSaffar.

“I was supposed to spend three weeks in Iraq, but once I had gotten a taste I realized that I wasn't really getting into the tradition at all. I knew some of the notes of the melody but not a lot of the nuances. So at a certain point, during that six-month time I dedicated myself to learning the music for its own sake. I had seen only a few people in Iraq that were really taking this music seriously. Very few Arabs even knew that there was an Iraqi version of the maqam and I wondered who was taking care of this music. Part of it was me wanting to be practitioner in my generation and part of it was just falling in love with the music and wanting to understand it more. At a certain point, I was really into the tradition almost to the point of not playing trumpet and maybe not wanting to play jazz anymore, but then I would get a call from somebody like Cecil Taylor who wants to do a week at the Iridium and, of course, I'm not going to say no."

Daniel Lehner spoke with ElSaffar at the turn of the year, and this second interview to feature Pi Recording artists at AAJ this week, following yesterday's Steve Coleman interview, reveals a similarly deep thinker, whose process in bringing cultural cross-pollination to jazz is reflective of an increasing number of artists who see jazz now as a global form&#151a music where, as ElSaffar says, “jazz can act as this space for other cultures to exist in one space that makes sense."