Tony Adamo is an original voice. A voice that keeps reaching for new directions. 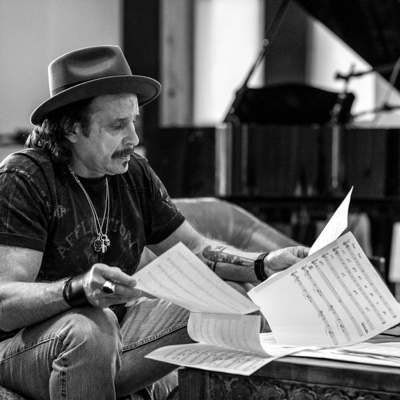 Jazz and the spoken word have always had a symbiotic relationship. Jack Kerouac, Allen Ginsberg, and Lawrence Ferlinghetti pioneered the beat poet landscape of the ‘50s and ‘60s. But what of modern day offerings in this genre?

Tony Adamo has been described as a beatnik who arrived sixty years late, but if you ask him, he’s just a raconteur who describes his environment in a unique manner. Adamo celebrates urban life and the jazz masters who have influenced generations with hip monologues recited over the intense rhythms laid down by his New York Crew, headed by drummer Mike Clark.

“Mike is the Scorsese and I’m the Bobby De Niro,” says Tony. “Sometimes I go into the recording studio, I don’t know what I’m going to do or what I’m going to say, and Mike is standing behind the glass. He points to me, and then I’m off. And it’s really a magical thing, because his groove sets the stage for me!” Although born in the Bay Area, Adamo has spent a lot of time in New York and his cadence and wit reflect his love and respect for the Big Apple. “Once you go to the Apple, man, it doesn’t leave you, it’s in your veins. In fact, all the cats that made me what I am today are cats from New York; Mike and this whole crew that he put together.”

Tony Adamo is an original voice. A voice that keeps reaching for new directions in describing a music without boundaries and its fascinating makers.