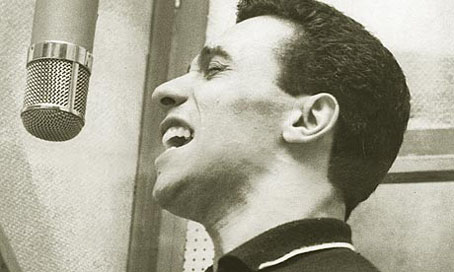 Tis Autumn - The Search For Jackie Paris is not just a documentary about a great but unheralded jazz singer, it explores the very nature of what it is to live the life of any artist--too many of whom share the same fate--the explosive debut, followed by the years of ups and downs, and the constant hope that success, though out of reach, is just around the corner, the private tragedies that grow out of artistic frustration, and the final, self-inflicted wounds which all too often cause the once promising to descend into bitterness and chaos, a prelude to vanishing completely.

In 1991, filmmaker Raymond De Felitta was listening to a Jazz station and heard a singer by the name of Jackie Paris. Entranced by his style and technique, De Felitta learned that among Paris’ many fans were Peggy Lee, Ella Fitzgerald, Nat Cole and Sarah Vaughn, however, he read in a reputable jazz volume that Paris had died in 1977. De Felitta thought that was the end of the story, but one night in March of 2004, he discovered that Jackie Paris was making a ‘comeback’ at the Jazz Standard in New York City. Stunned, he wondered where Paris had been all these years, what had come of his life and why had a singer of this talent fallen into such obscurity?

With interviews by a host of jazz legends including Billy Taylor, James Moody, Anne Marie Moss, Mark Murphy, George Wein and many others, and spoken word performed by Peter Bogdanovich, Nick Tosches and Frank Whaley, this DVD boasts over 70 minutes of bonus features that include extended interviews, filmmaker commentary, theatrical trailer and final concert footage by Jackie Paris.

For March 31 release from Outsider Pictures, distributed by Naxos of America.