Timeless And Influential Sounds Of Bossa Nova And Samba Celebrated With Summer Samba! 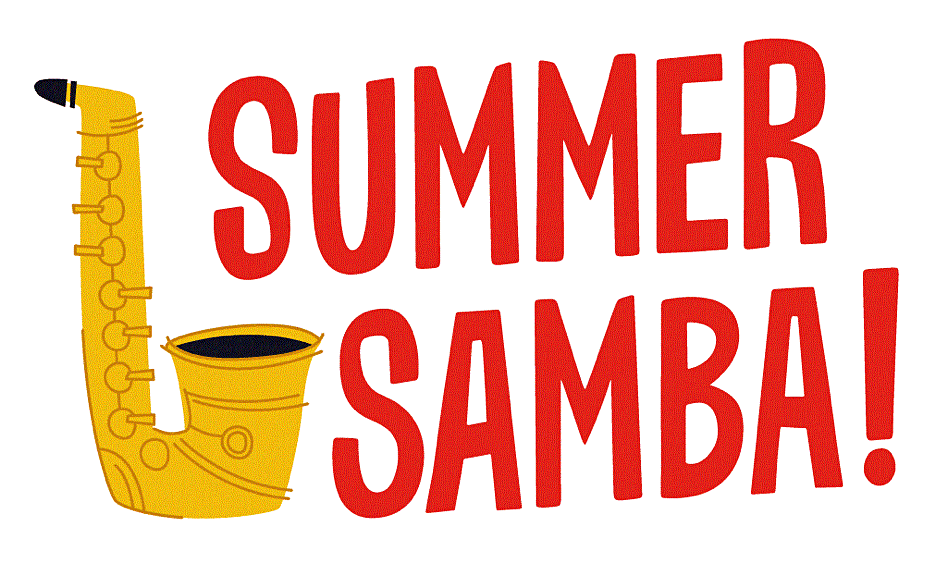 SOURCE: ALL ABOUT JAZZ PUBLICITY
July 23, 2020
Sign in to view read count

Audio and visual extravaganza kicks off today with official animated video for bossa nova classic 'The Girl From Ipanema' and unique visualizers for some of the most important songs of the canon.

As temperatures heat up and summer kicks into high gear, UMe and Verve invite you to kick back, relax and enjoy Summer Samba!, an audio and visual feast for the senses celebrating the timeless and influential sounds of samba and bossa nova. The month-long tribute will pair some of the biggest songs in this soothing and sensual canon with vibrant animated visuals for a host of official music videos, unique visualizers and album cover videos that will be collected together as a dynamic YouTube playlist featuring the giants of the genre including Antonio Carlos Jobim, Astrud Gilberto, Gal Costa, Gilberto Gil, Joao Gilberto, Marcos Valle and Stan Getz, alongside Bebel Gilberto, Diana Krall and several other contemporary singers who continue to carry the torch for the music of Brazil. In addition to the exciting, newly created video content, Getz and Gilberto’s immortal Getz/Gilberto—the album that made bossa nova a worldwide phenomenon in 1964—will receive a definitive high-end audiophile-grade vinyl pressing as part of Verve/UMe’s newly launched Acoustic Sounds series.

Summer Samba! kicks off today with the first-ever official video for Getz and Gilberto’s enduring and enchanting classic, “The Girl From Ipanema,” the international hit that put bossa nova on the map and turned a young, inexperienced singer named Astrud Gilberto into a worldwide sensation. Produced by Dreambear and animated by The Crocantes, the vivacious video bursts with vivid colors and brings the evocative song to life, transporting viewers into a world of infinite beaches, endless cocktails and joyful music soundtracked to bright orange sunsets and nights out on the town. A love letter to mid ‘60s Brazil, the video celebrates the music, fashion and spirit of the time as it follows a “tall and tan and young and lovely” woman as she enjoys a carefree day lounging on Ipanema beach, lazing at home listening to records, traveling by scenic gondola and ending the night, dressed in her best mod fashion, with a live performance by the legendary jazz ensemble of Stan Getz, João Gilberto, Antônio Carlos Jobim, Tião Neto, Milton Banana and of course Astrud Gilberto singing the breezy tune in her signature beguiling style. Nods to classic albums of the genre and revered musicians can be found throughout. Watch it here.

Visualizers for three of the most important and perpetually popular bossa nova tracks will also be released this week: Stan Getz & Charlie Byrd’s “Samba De Uma Nota So (One Note Samba)” from Jazz Samba, their 1962 album that launched the bossa nova craze in America; Antônio Carlos Jobim’s “Wave,” the title track of his 1967 album; and Getz/Gilberto’s “Desafinado,” sung in Portuguese by João Gilberto. Each of the visualizers feature stylized animations and a unique color palette that perfectly match the song and capture their individual moods. These compelling visuals are both good for a quick mental vacation or to put on your TV for a tranquil and festive backdrop to add a tropical vibe. A number of other classic songs have received album cover videos containing album art with subtle background animations. In the coming weeks, animated videos will be released for Stan Getz and Astrud Gilberto’s “Corcovado,” as well as Astrud Gilberto’s “Aqua De Beber,” one of the many highlights from her classic 1965 debut record, The Astrud Gilberto Album, celebrating its 55th anniversary this year. All videos are available to view at Verve’s official YouTube channel. To view the videos as well as listen to the official Summer Samba! playlist, go here.

“The music of artists like Stan Getz, Astrud Gilberto, João Gilberto and Antônio Carlos Jobim is timeless,” said Jamie Krents, EVP of Verve/Impulse!. “The UMe team are best in class when it comes to creating new visuals that live up to classic recordings, and we’re excited to reach new fans with the help of these videos. We also can’t wait for music lovers everywhere to hear how incredible the Getz/Gilberto album sounds remastered for vinyl as the inaugural title from our new Acoustic Sounds vinyl series.”

On August 28, Getz/Gilberto will be released as the first title of Verve/UMe’s new Acoustic Sounds series. Seeking to offer definitive audiophile-grade versions of some of the most historic and best jazz records ever recorded, the series, supervised by Chad Kassem, CEO of Acoustic Sounds, the world’s largest source for audiophile recordings, utilizes the skills of the top mastering engineers and the unsurpassed production craft of Quality Record Pressings. Mastered from the original analog tapes, the album will be pressed on 180-gram vinyl and packaged by Stoughton Printing Co. in high-quality tip-on gatefold jackets. Getz/Gilberto is not only a marvelous album, but one which had a profound influence upon the face of jazz and American popular music, exemplified by winning Album of the Year at the 1965 Grammy Awards, the first jazz album to ever win the top honor.

This stunning 1964 collaboration between Stan Getz, one of the most popular and respected tenor saxophonists of the era, and the remarkable Brazilian guitarist João Gilberto, popularized bossa nova and launched the career of João’s wife, Astrud Gilberto, with the hugely popular and iconic hit song, “The Girl from Ipanema (Garota de Ipanema).” Even more impactful, it introduced the famed Brazilian composer Antônio Carlos Jobim to the English-speaking musical world. In addition to playing piano on the album, Jobim also composed six of the eight compositions, including two of his most popular masterpieces, “Desafinado” and “Corcovado,” along with the aforementioned “Garota de Ipanema.” The endlessly covered song is believed to be the second-most recorded pop song in history behind “Yesterday” by The Beatles. The song, which has been performed or recorded more than 150 times by the likes of Frank Sinatra and Nat King Cole to Amy Winehouse and Madonna, was added to the National Recording Registry at the Library of Congress in 2004.

Characterized by finger picked nylon-string classical guitar, slinky syncopation, swaying rhythms and a laid-back vocal delivery, bossa nova formed out of a fusion of samba and jazz and took the world by storm. Meaning “new wave” or “new trend,” Summer Samba! celebrates this rich music and is a perfect time to revisit or jump on the wave.