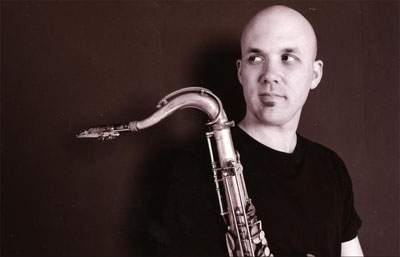 Described as “a brilliant gem," Glenn White's modern jazz compositions and skilled, interactive playing have been called “a thoughtful, remarkable style," which “stems from a deeper understanding." A graduate of New England Conservatory, Glenn has performed alongside many notable musicians including Cuneiform artist Jamie Baum, Impulse! artist Greg Tardy, ECM Records artist Art Lande, and more. In addition to his own recordings, Glenn can be heard on recordings by Huevo Imaginary Records artists I'm In You, Matador Records artist Julian Plenti, and more. Glenn's recording, Sacred Machines (OA2 Records), is featured on radio stations and satellite radio internationally.

As an educator, Glenn has lectured at a variety of colleges and high schools throughout the US. During the 2005-06 school year, Glenn was Instructor of Woodwinds and Jazz Studies at University of Alaska Fairbanks and Director of the 2006 UAF Jazz Festival.

Glenn lives in New York City, where he performs regularly with his own group, Sacred Machines, which has been featured at the Underground Big Apple Jazz Festival and will soon be performing at SXSW in 2010.