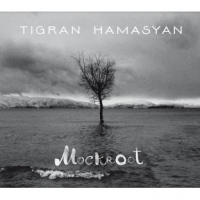 “Tigran has found a way to keep improvisation fresh and lyrical. Other jazz musicians would be wise to take note.” —Guardian

“There are many brilliant and perfectly finished young jazz pianists around, but Hamasyan stands out because he has something important and urgent to say.” —Daily Telegraph

Nonesuch Records releases the label debut from pianist Tigran Hamasyan, entitled Mockroot, on February 17. Mockroot features Hamasyan on piano, voice, keyboards, synths, and sound effects, Sam Minaie on electric bass, and Arthur Hnatek on drums and live electronics. The album comprises new tracks written by Hamasyan, as well as his arrangements of traditional Armenian songs, “Kars 1” and “Kars 2 (Wounds of the Centuries).” The album is available to pre-order now in the Nonesuch Store. Upcoming US tour dates include stops in Chicago, Los Angeles, Cambridge and New York City.

Although trained as a classical and jazz musician, Tigran Hamasyan draws on a wide range of influences, including Armenian folk music, rock, electronica, poetry, and more. In the past decade, with the release of four critically acclaimed albums and an unceasing touring schedule, he has built up a dedicated international following, as well as accolades from the likes of Chick Corea, Herbie Hancock, and Brad Mehldau. In the words of the Guardian, Hamasyan “is guided by one of (mentor and fan Herbie Hancock’s) most enduring lessons: it’s possible to be a multi- stylistic jazz virtuoso and a groove-powered hitmaker simultaneously and hugely enjoy all of it.” The Times said of his most recent release, 2013’s Shadow Theater, “Armenian folk, electronic loops, heavenly voices and indie rock energy vie with Hamasyan’s rippling piano to create a dramatic, deeply melodic music unlike anything else you’ll hear this year.” In a review of a Los Angeles concert earlier this year, LA Weekly proclaimed, “Shadow Theater’s intricate blend of timbres, rhythmic complexity, and melodic references to his Armenian heritage were clearly a hit for this crowd. At the same time, the playful deployment of electronics, loops, and unstoppable dance grooves would have fit in perfectly at Coachella.”

Hamasyan was born in Armenia in 1987, before relocating with his family to Los Angeles in 2003. He currently resides in Erevan, Armenia. He began playing piano at the age of three, and started performing in festivals and competitions when he was 11 years old, winning the Montreux Jazz Festival’s piano competition in 2003. He released his debut album, World Passion, at the age of 18 in 2006. That same year he won the prestigious Thelonious Monk International Jazz Piano Competition. Subsequent albums include New Era (2008), Red Hail (2009), and A Fable (2011), for which he was awarded a Victoires de la Musique (the equivalent of a Grammy Award in France). Most recently he won the Vilcek Prize for Creative Promise in Contemporary Music in 2013.