Tierney Sutton and her group Sunday, Sept 12th. at The Hilton Harrisburg in Harrisburg PA 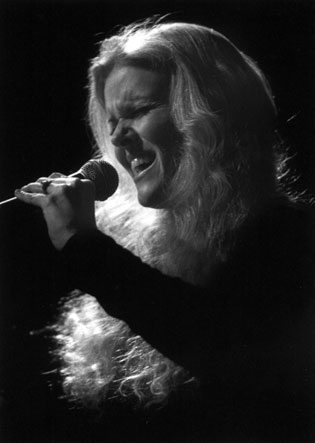 slideshow
The Central Pennsylvania Friends of Jazz are proud to present Tierney Sutton and her group Sunday, Sept 12th. Beginning at 6 p.m. A Youth band from an area high school or college will open the Concert's with 5 pm performances.The concert will take place at The Hilton Harrisburg located at 1 North 2nd Street, Harrisburg PA 17101. Phone: 717-233-6000. Tickets are always available at the door after 4:00 pm on the day of the concert. Check out the CPFJ web site at pajazz.org for more information and information about upcoming events as well as this great organization.

“Here and throughout the performance, Ms. Sutton conveyed a sense of jazz singing as an extension of spiritual meditation in which adherence to an ideal of balance and consistency and, yes, humility took precedence over any technical or emotional grandstanding."—The New York Times

During its 15 years together, the Tierney Sutton Band has received three Grammy Nominations for Best Vocal Jazz Album, a JazzWeek Award for Vocalist of the Year, consecutive nominations for Jazz Journalist Association Awards, recorded several CDs that made the #1 spot on jazz radio playlists, and garnered critical praise throughout the world. Comprised of vocalist Tierney Sutton and instrumental virtuosos Christian Jacob, Trey Henry, Kevin Axt and Ray Brinker, the band has headlined in recent years at Carnegie Hall, The Hollywood Bowl and Jazz at Lincoln Center and has appeared at the Monterey, Marciac and Umbria jazz festivals. To date they have recorded eight CDs, each resulting in increasing recognition and acclaim. The band's most recent disc, “Desire," was released in January '09. Hailed by Jazz Weekly as “possibly the strongest release yet from this band," it is the most recent to receive a Grammy nomination.

Still, the band's greatest accomplishment is its continuing commitment to unity, excellence and creative collaboration. All musical arrangements as well as business decisions are made by the band members as full partners. A concert by the Tierney Sutton Band is an experience of rare and powerful harmony achieved by humble performers at the top of their game.

Critics agree that the reason this band endures can be found in it's music: “Phenomenal rapport..." “the chemistry is palpable..." “telepathic give and take..." “a serious artist who takes the whole enterprise to another level..." “top-flight one and all..." “total connection..." “a seamless blend with superlative bandmates..." “an uncanny display of spirit and unity."