SOURCE: ALL ABOUT JAZZ @ SPINNER
December 3, 2010
Sign in to view read count 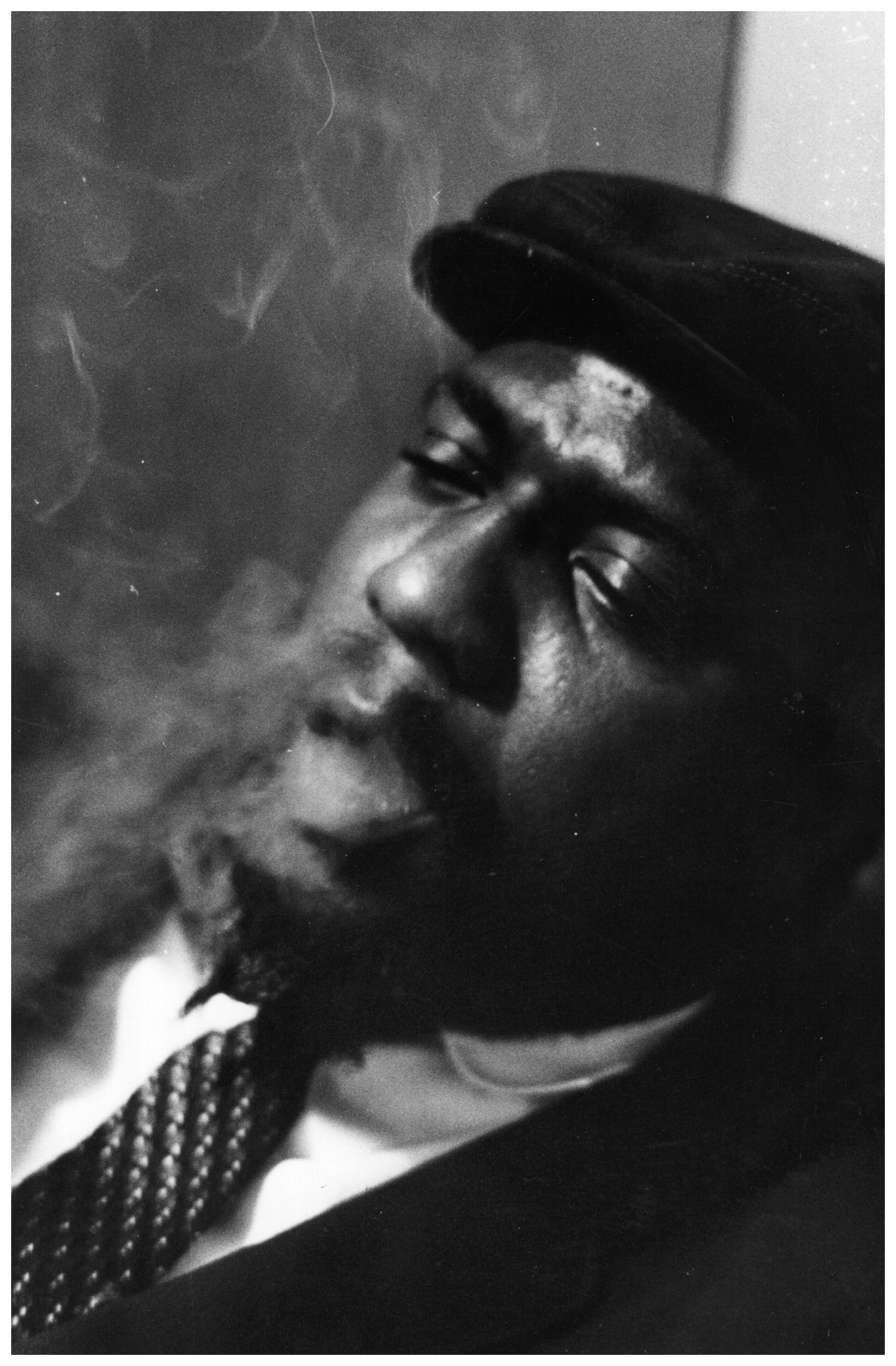 slideshow
I came across Thelonious Monk (1917-1982) early in my jazz education and began to track down his stuff. I loved the way he played piano, and based on his status as one of jazz's greatest artists, many others did. too. It took about three seconds to recognize Monk's playing, and you can't say that about many others.

When he first established himself in New York in the '40s, Monk was more infamous than famous as other musicians checked him out at Minton's Playhouse in Harlem. While some musicians figured out what he was doing, others couldn't or wouldn't; moreover, his sound was just too ahead of its time for the broader audience recognition that found Charlie Parker and Dizzy Gillespie. Things turned around in the '50s as people got used to the awkward (to their ears) playing and idiosyncratic personality of the man himself (on the bandstand and off). He had many breakthroughs along the way, including the legendary 1957 run at the Five Spot with John Coltrane.

Of course, he also had his catalog of albums as well. But while there are his visionary Blue Note sides that offer up early versions of many Monk-penned standards, and such classic albums as 'Monk's Music' and 'Brilliant Corners' on Riverside, 'Monk's Dream' is truly the one that cemented his legacy.

The quartet format would age a bit in the following years, but it sounds absolutely fresh here on his 1963 Columbia Records debut. To this point, Monk led groups of various of sizes as well as played solo, but there is something special about Monk in a quartet setting: With only one horn out front to solo, we get a great double dose of Monk both as soloist and as a rhythm section player. Not that there was a hell of a lot of difference between the two in his playing, but it's wonderful to hear him briefly hanging in the back as an accompanist playing the changes and adding his angular spin on rhythm and melody as the horn player did the heavy lifting. Then he'd jump out front and you'd get these elliptical leads that twirled and jabbed, leapt and pushed.

'Monk's Dream' featured his excellent working band at the time, including Monk's longstanding tenor saxophonist Charlie Rouse, steady bassist John Ore and the playfully buoyant Frankie Dunlap on drums. Nothing fancy, but this working band had chemistry, which can be in short supply in all-star units and pickup bands most days.

Monk was famous for recycling his songbook again and again, and the material included here wasn't new. The only tune not recorded at least once before was 'Bright Mississippi,' which Monk adapted from 'Sweet Georgia Brown.' If you hum along using the original melody, it really gives you a sense of the rhythmic genius of the pianist. Like Picasso, Monk homed in on certain details of an image and expanded them, lopped off other parts that he didn't need&#151for Monk, taking out was just as important as putting in. It created a set of contrasts that fit together in a way that only he could have conceived.

The album opens with the title track, which rests upon a peppy little piano figure that quickly goes sideways as the notes become smudged. Rouse sounds particularly strong here. His tone is a bit thinner than the big-toned guys like John Coltrane or Sonny Rollins, but Rouse fits well with the pianist because he never overshadows the band or crowds the sound. While Ore is rock steady with his walking bass line, Dunlap matches the other two, dropping offbeat timed kick drum bombs and snare rolls as the high-hat and ride cymbal stay locked to the downbeat. Monk's solo is a study of restraint, mostly done with one hand to create his zigzagging narrative.

There are two solo pieces here as well: 'Body and Soul' and 'Just a Gigolo.' Programmed as the second song on each side of the original LP, these songs broke things up a bit, letting the listener focus on the pianist as he deconstructed these two standards, thus offering yet another way for listeners to absorb the complexities of his playing.

There're no Monk-penned classics on this album like ”Round Midnight,' 'Epistrophy,' 'Blue Monk,' '52nd Street Theme' or 'Straight No Chaser,' but in a way that only makes the argument for this concept of a great album all the more strong. As the album plays, you get 'Blues Five Spot' 'Bye-Ya,' 'Blue Bolivar Blues' and 'Sweet and Lovely,' and they all fit together as a whole.

It's hard to say exactly what made this album the enduring landmark it is. Was it the sheer excitement of a well-rehearsed band recording for a big label the first time? Was the emergence of avant-garde and post-bop attuning jazz ears to different sounds? Was it the beauty of the music?

Nonetheless, 'Monk's Dream' is the signature album by one of jazz's signature artist. His other albums may have had more classic material, a more famous lineup or whatever, but this was a consolidation of Monk's genius into one perfect moment when the stars all aligned. It made him a legend.