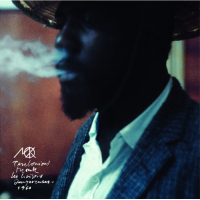 slideshow
Pianist Thelonious Monk recorded only one movie soundtrack in his career—for the French film Les Liaisons Dangereuses 1960 (The Dangerous Laisons), directed by Roger Vadim in 1959. The film was about a married couple who help each other have extramarital affairs (hey, it was France in the late 1950s). Though the film was largely panned, it helped actress Jeanne Moreau gain greater visibility and a leading role in Seven Days...Seven Nights (1960), which won her a Cannes Film Festival award.

As for Monk's music for Les Liaisons Dangereuses, the tapes disappeared and were never released. Then in 2014, while going through the archives of the film's producer, Marcel Romano, custodian Laurent Guenoun found reels with “Thelonious Monk" written on the boxes. Once producers Zev Feldman, Francois Le Zuan and Frederic Thomas had a listen, they were astonished. They had found Monk's movie music and in sterling shape. The music was recorded in New York on July 27, 1959 by the Thelonious Monk Quintet. The group featured Monk's working quartet at the time—Monk on piano, tenor saxophonist Charlie Rouse, bassist Sam Jones and drummer Art Taylor. For the soundtrack, there was the addition of French tenor saxophonist Barney Wilen, who had recorded with Miles Davis on the 1957 score for Louis Malle's Ascenseur pour l'Échafaud. That film also starred Jeanne Moreau.

Now Monk's long-hidden soundtrack has been released on Thelonious Monk: Les Liaisons Dangereuses 1960 (Sam/Saga), a two-CD set of the 10 original tracks plus six bonus tracks featuring two alternate takes, two 45-rpm masters, an unedited Well, You Needn't and a 14:13 making of Light Blue. The liner notes by Monk biographer Robin D.G. Kelley, Brian Priestley, Alain Tercinet and Zev Feldman are superb and detail all the drama that went on before and during the recording of the material. Though most of the tracks were part of Monk's standard club repertoire, he didn't want to do the score. In 1959, Monk was increasingly in demand while coping with the aftermath of a 1958 police beating in Delaware and struggling with mental health issues.

What we have on these two CDs are among the most significant late 1950s recordings by Monk, but not for the reason you would imagine. Compared with his Riverside releases during this period, the music here is considerably more relaxed. Songs such as Rhythm-a-Ning, Six in One and Pannonica are taken slower and with seemingly greater purpose.

This observation takes nothing away from his other recordings of these and other songs. I raise it only to highlight that on this set, we get to hear Monk in an entirely different light. It's unclear whether he was asked to dial it back by the producer or make his compositions less jagged for movie audiences, but that's what we have. In some ways, it's Monk in slow motion, and the results are juicy and fascinating.

Oddly, only two tracks feature both Rouse and Wilen—Rhythm-a-Ning and Ba-lue Bolivar Ba-lues- Are. The reason for Wilen's bare inclusion may be because he was largely redundant. Rouse and Wilen sounded similar, with Rouse a bit more gruff compared with Wilen's smokier attack.

This new set is among my favorite historical releases of the year and offers material that is sure to delight Monk fans. It also shows off a more chilled side of Monk that will be less familiar to many listeners. [Photo above courtesy of Arnaud Boubet and Sam/Saga Records].

The material by Art Blakey and the Jazz Messengers for Les Liaisons Dangereuses 1960 (not included on this Monk release) was by Duke Jordan and was recorded for a party scene in the film.

And here's the film, Les Liaisons Dangereuses, with Monk's music...