The Specter of Fritz Weiss

SOURCE: ALL ABOUT JAZZ PUBLICITY
October 1, 2013
Sign in to view read count 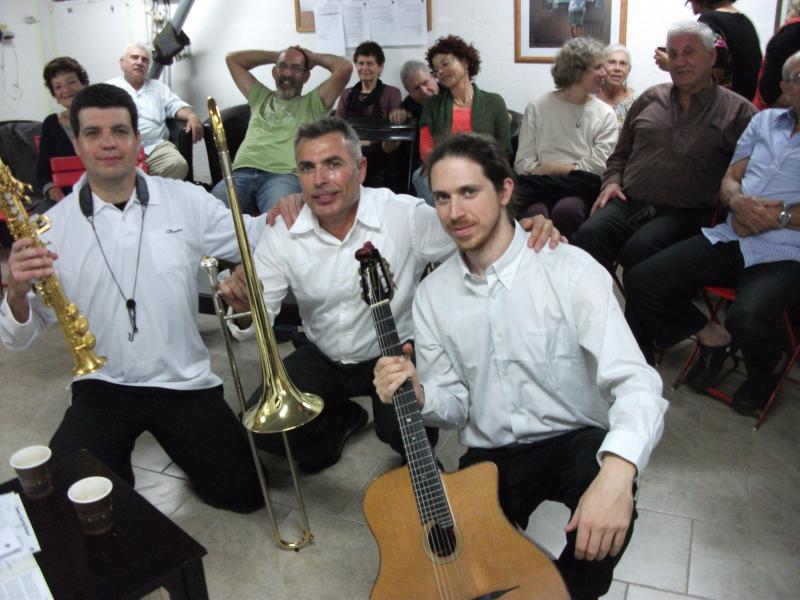 The last time I wrote about the Israeli old-fashioned jazz musician Shai Brenner, he was entertaining kibbutz members in a bomb shell while Israel was fighting a war against Hamas in the Gaza Strip. This time, Shai is reviving the ghost of a jazz musician murdered by Nazis in an extermination camp.

On September 28, Shai performed a tribute to Fritz Weiss. Weiss was a bandleader and composer born on the aforementioned date in 1919 in the country formally known as Czechoslovakia. On this date in 1944, the “Ghetto Swingers" or the Jazz orchestra of the Theresienstadt concentration camp were sent to a death camp at Auschwitz. There, on his twenty-fifth birthday, he succumbed to death in a gas chamber.

Almost 70 years later, Shai Brenner established a swing ensemble to imitate the one Weiss set up inside the concentration camp. Shai and his bandmates gathered the rare recordings preserved from between 1940-1 and recreated “one exciting performance." The recordings acquired by Shai and his gang were recorded “right under the nose of the Gestapo," at a time when Czechoslovakia was under German Nazi occupation and Nuremberg Laws were applied to Jewish citizens.

Shai Brenner said, “[the] state of Israel should recognize jazz as the national music national which has deep ties to and shares many values with the Jewish people. Jazz is our music" exclaimed Brenner in a press statement.

Brenner and his ensemble debuted the music on September 28 at the Felicia Blumenthal Music Center on Bialik Street in Tel Aviv.