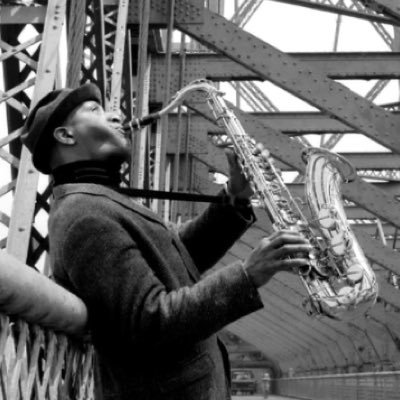 slideshow
In the summer of 1959, saxophonist Sonny Rollins disappeared from the jazz scene. He was 28 years old and at the height of his career. He would not record or perform publicly for almost three years, a virtual eternity for a jazz musician. Instead, Rollins took it to the bridge: he would practice, typically alone, up to 16 hours a day on the pedestrian walkway of New York’s Williamsburg Bridge, not far from his home on the Lower East Side. Rollins has said of the experience: “Playing against the sky really does improve your volume, and your wind capacity. I could have just stayed up there forever.”

During his sabbatical, Rollins also began practicing yoga, exercising, stopped smoking, and worked on improving himself. Rollins’ decision to step out of the scene was a radical act in jazz’s a pivotal year for jazz. The only way you could hear Rollins was if you walked up on the Bridge.

When Sonny Rollins finally returned to playing in November of 1961, he was a changed man. He was a more confident, refined player but also a radical humanist. Rollins then went on to create music for another half century, playing many of the world’s great concert halls and recording over 50 albums. He has recorded with many of jazz’s greatest legends, including Thelonious Monk, Miles Davis, John Coltrane, and Max Roach. In addition, he has performed with the The Rolling Stones and Leonard Cohen. Mr. Rollins is currently 87 years old and considered the greatest improviser to have ever lived.

To commemorate Rollins’ sabbatical on the Bridge and to honor this living legend, we are proposing to rename the Williamsburg Bridge SONNY ROLLINS BRIDGE (learn more). Legislation to rename the bridge has been introduced to the New York City Council and is forthcoming from the State of New York.

Council Member Stephen Levin, the sponsor of the renaming bill in the New York City Council, says: “I first listened to Sonny Rollins at the age of the 13. His music and his story has stayed with me to this day. Looking around New York City you’ll see plenty of monuments to politicians. You won’t see many monuments to cultural pioneers that embody the spirit of the city. The story of Sonny Rollins and the Williamsburg Bridge is a distinctly New York cultural story. It is a tale of transformation and transcendence. When Sonny started his sabbatical on the bridge he left behind unwelcome parts of his life. He gave up vices, turning instead to exercise, yoga, and honing his craft. In some ways this city serves the same purpose as the bridge did for Sonny. People come from all over, leaving everything behind to become something more.”