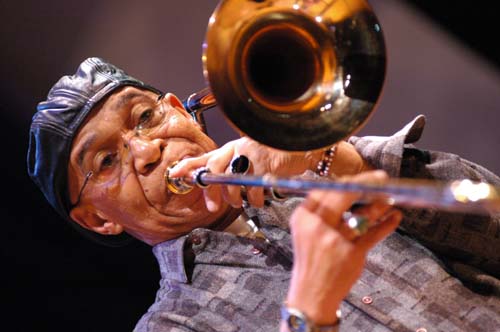 slideshow
“Her song stylings exude personality and it's no wonder. This girl has charisma to spare. And with her innocent and unintentional naivet, she wins the hearts of all who experience her performance." -- Michael Andrew, Performer and Broadway Producer (The Nutty Professor)

Vocalist Sarah Hayes takes the helm at Manhattan's newest music spot, the Palio Bar, to sing some of her favorite songs with some of her favorite musicians. She's joined by veteran players Benny Powell on Trombone, John Colianni on Piano and Jay Leonhart on Bass. They come together for one special evening to create a magical blend of music at the Palio Bar at Piano Due Restaurant, 151 West 51st Street in New York on Friday, February 12 from 8 pm - 11 pm. No cover charge. For information call (212) 399-9400.

Vocalist and entertainer Sarah Hayes has been at the forefront of the New York jazz scene for the past 6 years. She has performed around the country and internationally for Jazz festivals, Corporate events, Casinos and Resorts as well as regular engagements for NYC Mayor Michael Bloomberg . She appears regularly in several of New York's premier clubs with her septet, Swing Society as well as her trio & quartet. Big Band performances include the Bensen-Scott Big Band , The Ed Caccavale Orchestra as well as the Tom Haberman Orchestra. Sarah is excited and proud to be the newest member of the legendary “Artie Shaw Orchestra", with tours scheduled for 2010.

Benny Powell is one of the most versatile trombonists and jazz lecturers on the contemporary music scene. He is a world-class musician who draws upon his vast experience, deep roots in the jazz tradition, and a driving capacity to expand his concept of modern music. Born in New Orleans, Powell was a member of Lionel Hampton's big band and gained national attention during his twelve years with Count Basie. Since leaving Basie in 1963, Powell has enjoyed a diverse career. He has worked in orchestras for numerous Broadway shows and was one of the first jazz musicians to perform regularly on television as a member of The Merv Griffin Show band. Powell can be heard on countless recordings with the likes of Count Basic, the Thad Jones-Mel Lewis jazz Orchestral Benny Carter, the Heath Brothers, and Randy Weston, among many others.

Currently, pianist John Colianni (or “Johnny Chops") is featured with the Les Paul Trio, appearing Monday nights at The Iridium, carrying on Les Paul's long-time gig. Each week, guest guitarists like Stanley Jordan, Mike Stern, Jose Feliciano, and Larry Coryell appear in tribute to Les with the Trio. John also appears with his own group, The John Colianni Quintet, around New York (at clubs like Smalls and the Knickerbocker, and regularly at The Garage Restaurant's Sunday Jazz Brunch), and on the road. Solo piano gigs and guest appearances are also regular events. John's newest CD, “Johnny Chops," produced and distributed by Patuxent Records (Rockville, Md.), is JC's first release recorded with the recently formed John Colianni Quintet. Other new recordings include: a duo album with guitar virtuoso, Larry Coryell (on Patuxent Records), due for release in the Fall of 2010; John is also both pianist and arranger on the new Jazz album from pop star Steve Miller, also due for a 2010 release.

A superior bassist, Jay Leonhart has also had a parallel and sometimes overlapping career as a witty lyricist and occasional singer. As a child he attended the Peabody Conservatory (1946-50) and by the time he went to the Berklee College of Music (1959-61), Leonhart was a jazz musician. He played with Buddy Morrow (1961) and Mike Longo (1962-63) and then became a busy freelance musician in New York. Among Leonhardt's many associations were Marian McPartland (with whom he recorded in 1971), Jim Hall, Urbie Green, Chuck Wayne (1976), Phil Woods, Gerry Mulligan, Lee Konitz, Don Sebesky, Louie Bellson and pianist Mike Renzi. Leonhart started becoming well-known as a lyricist in the 1980's when he began leading his own recording sessions and started having his songs being recorded by other singers. As a leader, Jay Leonhart has recorded for DMP (1983), Sunnyside (1984 and 1988), Nesak (1990) and DRG (1993)