SOURCE: JAZZWAX BY MARC MYERS
May 4, 2021
Sign in to view read count 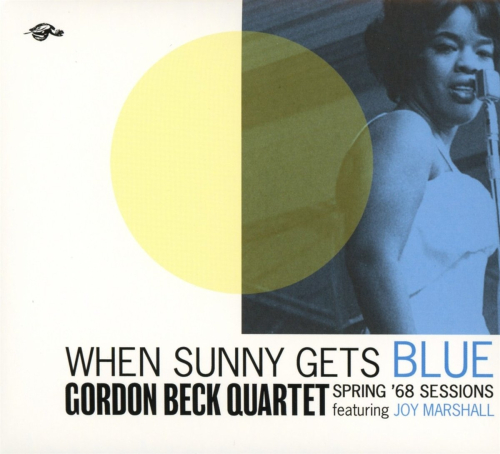 Throughout the 1960s, American singer Joy Marshall was an accomplished jazz-pop vocalist who was and still is virtually unknown in the U.S. Her anonymity here has much to do with her relocating to the London in June 1962, at age 25. Marshall said she never considered herself a jazz singer in interviews, though her pop recordings clearly have a jazz feel. Sort of a combination of Mary Wells and Carmen McRae. Everything she took on cooked.

Smitten by the States, the British press raved about Marshall's club performances. Yet she only recorded one U.K. studio album in England in 1965—Who Says They Don't Write Good Songs Anymore? ‎for Decca. Instead, she recorded too few singles for much of the decade. This paucity of vinyl may be a result of her off-stage social life, which has been described as “wild," “out of control" and “hedonistic." In short, she was a handful. All of which is a shame, as you'll soon hear. She should have recorded dozens of albums.

Born in New York, Marshall developed her chops in church. During the 1950s, she was in the Navy as a singer in an armed forces big band. Steady club work helped her develop a singlular style, technique and repertoire. But as she watched other Black pop singers such as Nancy Wilson, Dakota Staton and Diahann Carroll get the breaks, her promise dimmed. One evening, while appearing at San Francisco's Purple Onion, a New Zealand executive, Royston Marker, convinced her to relocate to London where, he said, she'd get a fair shake and a fresh start.

Once there in 1962, Marshall married saxophonist Peter King (not Ronnie Scott's jazz-club partner). But their relationship devolved into a stormy battle over sex and drugs. After she left King, who was left nearly emotionally destroyed, she began dating Tubby Hayes. Instead of recording albums, Marshall appeared often on the BBC, on TV and at clubs all over the U.K. and Europe.

It's rare that I can listen to a singer's entire output and love everything that comes on. Marshall is an exception. It's her way of curling around a song and squeezing. The arrangements were always tasteful and perfectly matched to her hip, smooth delivery. As a result of her confidence, singular way of interpreting a pop hit, and cool delivery, Marshall was a mainstay at London's posh establishments during the Swinging Sixties, including the Playboy Club, the Latin Quarter and the Blue Angel.

Sadly, too few recordings by Marshall are available. She recorded 10 single sides between 1962 and '68. Then there's the Decca album mentioned above in 1965 and, finally, a collection of live dates with the stunning English pianist Gordon Beck in trio and quartet formats in 1966 and '68. By the way, the artist who made it a quartet was guitarist John McLaughlin. A live appearance by Marshall on Britain's ATV with the Jack Parnell Orchestra in 1964 singing Hello, Young Lovers recently surfaced. And that's it. There has to be more out there.

In December 1968, shortly after her relationship with Hayes petered out, Marshall met a guitarist and the pair went to her place in Hammersmith. Pills and booze were consumed to excess. The next morning, the guitarist awoke to find her dead. According to news reports, he called the police and then bolted before being questioned. The London corner categorized the cause as “misadventure." Marshall was just 32.

Hopefully, additional collections of live material from TV, radio and clubs will surface. What we have is hardly sufficient.

And here's the complete When Sunny Gets Blue album with Gordon Beck...

Bonus: There's footage of Joy Marshall singing at Mayfair's Blue Angel in an odd 1964 documentary called London in the Raw. Here's part of her performance at 00:47 seconds into the movie's trailer...