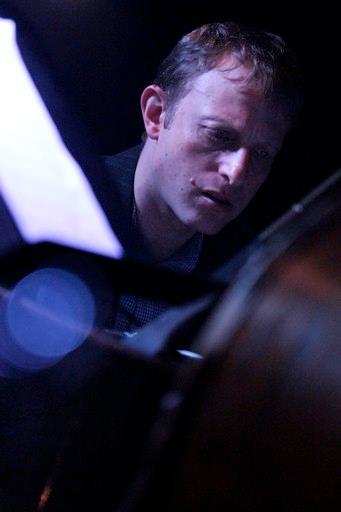 slideshow
This performance will feature Noah's most recent compositions and a top-flight band. Joining Noah for the gig will be trumpeter and jazz star Jeremy Pelt, drummer McClenty Hunter and bassist Ariel De La Portilla. This will be a preview of Noah's next CD recording, the follow-up to last years SLIPSTREAM on Posi-Tone Records. Reservations are advised for this show, please call (212)-885-7119.

Born in Charlottesville, Virginia, Noah was exposed early on to all kinds of music: classical, avant-garde, rock, and jazz. His high school years were spent in New Jersey and Los Angeles, where he was increasingly drawn to jazz and blues piano. His father, an avid music fan, took him to countless concerts, lessons, and band rehearsals and his first jazz shows. After graduating, Noah entered the Jazz Program at Rutgers University in New Brunswick, NJ. He moved to Brooklyn, New York after two years, eager to begin working in the heart of the music scene. It wasn't long before he was playing gigs with his trio, backing up singers and horn players, even playing keyboards with hip-hop and funk groups. Though he was constantly performing Noah continued to challenge himself by composing his own music and practicing whenever he got the chance. His mentors included Kenny Barron, Bruce Barth, Barry Harris, and David Hazeltine.

Noah's first record date was a 2006 CD with Native Soul entitled ROUGH JAZZ, released on the Apria Record label. This led to gigs at important Manhattan venues such as Jazz at Lincoln Center, Sweet

Rhythm, and Smalls, giving Noah wider exposure and setting the stage for many of his current collaborations and busy performance schedule. Now one of New York's leading young jazz pianists, Noah combines new rhythmic ideas, harmonic sophistication, spontaneity, soul, and swing into his own unique approach. He is often away from home performing as a bandleader and as a sought-after sideman. Recent highlights include a weekend engagement featuring Noah and Trumpeter Jeremy Pelt at Washington DC 's Twins Jazz Club, the recording HERE, THERE... where Haidu performs as a guest sideman along with guitar genius Mike Stern, a week with Native Soul at Dizzy's Club Coca- Cola followed by performances in South America, and gigs abroad from Oslo, to Istanbul, to Guayachill, Ecuador. In addition to his own CD SLIPSTREAM, he has been heard frequently on SOUL STEP the popular second release from Native Soul.

Noah completed his BFA at the New School University and Master of Music degree at The State university of New York. He lives in Brooklyn, New York. His primary goal is to perform with his own groups as much as possible and to continue developing his voice as a pianist and composer.