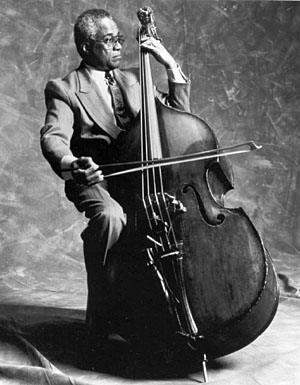 slideshow
The 2014 NEA Jazz Masters will receive their awards in a ceremony at New York’s Lincoln Center Monday evening, January 13. The four recipients are pianist Keith Jarrett, saxophonist Anthony Braxton, bassist Richard Davis and—in the jazz advocacy category—publisher, recording executive and musician Jamey Aebersold. They will be the 32nd group in the jazz community to be so honored since the National Endowment for the Arts established the recognition program in 1982. The affair will include performances by young musicians cited by the NEA as rising stars, among them vibraharpist Warren Wolf and bassist Yasushi Nakamura, There will be appearances by several former medal winners including Jimmy Heath, David Liebman, Roy Haynes and Annie Ross. The ceremony will be streamed live on the internet at 7:30 p.m. on the arts.gov and Jazz at Lincoln Center websites.

Over the next three days, Rifftides will post sketches about and performances by the new Jazz Masters, beginning with Davis. The bassist was a powerful presence on the New York jazz scene in the 1960s and ‘70s and remained in demand in clubs and studios there even after 1977, when he moved to the Midwest and a professorship at the University of Wisconsin. To give you an idea of the scope of Davis’s abilities, here are two brief segments from my notes for his 1972 album The Philosophy of the Spiritual:

If you were watching a few seasons ago when the National Educational Television network broadcast a Boston Symphony Orchestra concert of Igor Stravinsky conducting some of his works, you saw the maestro emerge from the wings and bow toward a bassist added for the special occasion. At the conclusion of the concert, Stravinsky paused as he left the stage to put his hand on the bassist’s shoulder, a tribute to the slender, elegant black man many musicians consider the world’s greatest bassist. He is Richard Davis.

The following Monday night, Davis was jammed between the saxophone section and a wall of the Village Vanguard, Max Gordon’s funky little wedge-shaped basement in New York. The Vanguard is a far cry from Symphony Hall, but it’s Valhalla to aficionados of the Thad Jones-Mel Lewis Orchestra…

Davis was the bassist for the Jones-Lewis band from 1966 to 1972, which many musicians, listeners and critics believe to have been the orchestra’s peak years. During that time, as a freelancer he was in constant demand for concerts and recording sessions with artists as varied as Earl Hines, Eric Dolphy, Frank Sinatra and John Lennon. I’ve always been partial to the photograph above of Davis playing his lion-headed bass at the recording session for Phil Woods’ Musique Du Bois (1974). The dream rhythm section was Davis, pianist Jaki Byard and drummer Alan Dawson.