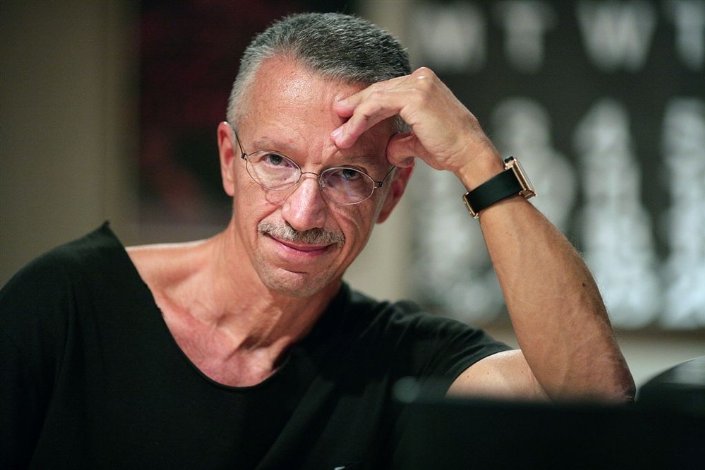 slideshow
Pianist Keith Jarrett is one of the four new NEA Jazz Masters who will accept their awards at Lincoln Center Monday evening. In its advance publicity, the National Endowment for the Arts says that Jarrett has a “talent for playing both abstractly and lyrically, sometimes during the same song.” True as that assessment is, it doesn’t begin to describe the brilliance of his work when he is at his peak of inspiration, as in the most recent recording with his trio—one of five albums he released last year—or when he’s in full flight in one of his celebrated solo concerts. Nor does the news release touch on Jarrett’s relationship with his audiences, whom he says are vital to the success of his live performances. However, if his listeners misbehave by, say, coughing or hoisting a camera, he may dress them down in anger—or walk off the stage.

In this short pre-ceremony interview provided by the NEA, Jarrett discusses what he expects of audiences, the three decades of his trio with Gary Peacock and Jack DeJohnette, his spontaneous wordless vocals, and how he came to jazz in the first place.

Here is Jarrett with his standards trio in a 1993 Tokyo performance of “I Fall in Love Too Easily” that demonstrates not only their celebrated cohesiveness but moments of Jarrett’s magnetism when he is playing unaccompanied.

Oh, what the heck, it’s the weekend. You have plenty of time. Here they are again with as delightful a performance of Sonny Rollins’s “Oleo” as I’ve heard since the 1954 original with Rollins and Miles Davis.

Jarrett, saxophonist Anthony Braxton, bassist Richard Davis and saxophonist-producer-educator Jamey Aebersold will receive their awards in New York in a ceremony that will be streamed live on the internet at 7:30 p.m. EST Monday on the arts.gov and Jazz at Lincoln Center websites.