SOURCE: ALL ABOUT JAZZ PUBLICITY
October 2, 2014
Sign in to view read count 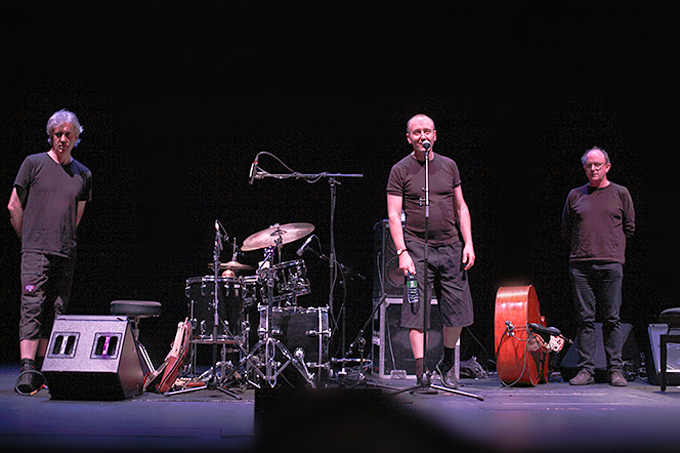 The Necks is a trio like no other and Moving On Music is proud to present this amazing improvising trio at The MAC in Belfast on Sunday 5 October.

Together for over 25 years, the Australian cult trio The Necks is recognized internationally for its long-form improvisation. Not entirely avant-garde, nor minimalist, nor ambient, nor jazz, the music of The Necks is regularly described as, simply, unique.

The Necks is “one of the most extraordinary groups on the planet...not so much a trio as a revolutionary consortium redefining music.“ (The Guardian) To see the trio live is quite special indeed. Every performance is a singular event, entirely improvised and working with the acoustics of the room. Featuring lengthy pieces, which build in a mesmerizing epic fashion, their shows are never less than phenomenal.

In recent years, along with its regular international touring, The Necks has been invited by Nick Cave to appear at All Tomorrows Parties and collaborated with Brian Eno in PURE SCENIUS at Sydney Opera House and Brighton Festival.

In 2013 The Necks released its 17th album Open (Northern Spy records, 2013) to critical acclaim, and we are delighted to be able to present this remarkable band to Belfast once again.

“One of the greatest bands in the world" New York Times

“The Necks are the masters” The Guardian

“ The Necks are singular... Yielding things no one else does" The Wire

For tickets or further information please visit the Moving On Music Website.