The Music Industry Needs Better: Bandpage And How Open Technology Will Save The Industry [Jesse Von Doom] 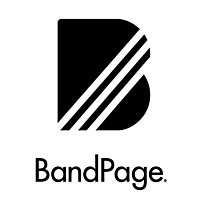 While Bandpage is the most recent music startup promising to save artists to be purchased by tech giant like YouTube, it's hardly the first. What the music industry needs, however, is to move away from corporate partnership and embrace open technology.

Floating in Friday’s news dump jetsam was the announcement that Bandpage has been sold to YouTube. Nothing about this is particularly remarkable. A service for artists started. They took millions of dollars in venture money. They sold to a tech giant.

If this were a movie it’d be the one where the funny handsome actor and the quirky pretty actress head into a series of hilarious events before realizing they love each other, miss the timing, then stick the landing and wind up together in the end. You’ve seen it a million fucking times. This one doesn’t even have Paul Rudd in it.

Bandpage is fine. The people are fine. They give artists a way to push music, data, offers, and sales into their partner outlets. They’re useful, which is better than most of the field in music tech.

So why write anything at all?

Currently just about any service you use as a musician online is a for-profit startup or tech company funded by venture capital. I don’t have any particular beef with VC or startups in general, but their domination of the music space has filled it with a toxic sea of grow-fast/fail-faster services aimed mostly at the listener experience with no regard for the health and well-being of the artists creating the music driving it all.

Companies like Bandpage who exist to serve the artist drown in that sea, and if they provide critical infrastructure for musicians they get hurt as well.

After taking on over $27MM of investment Bandpage sold for a rumored $8MM, an indicator of an acquihire — a tech giant purchasing a failed startup for its talent and possible brand recognition. Same as it ever was. This is the way it ends for companies serving artists. Venture capital demands a huge return that is limited by a lack of working musicians to serve. The listener pool is massive, yielding scale in the tens-of-millions range that VC needs in order to cover an investment. But artists? Nowhere near that scale.

Go google the last company you thought would save everything for artists. TopSpin. Bandpage. Aime Street. Snocap. Go ahead. I’ll wait.

It’s not that the ideas or the people are bad, but that they don’t stand a chance. The web that we know was built on a foundation of open technology. Open source web servers, open source languages, open libraries of code, etc. It’s called an open stack for a reason. But when the money hits, especially in music, everything changes. Competition, mistrust, and a goldrush mentality create dozens of clones for any service. Each is built from the top of that open stack, a closed proprietary tweak to the original idea. One step backward, one step forward.

The most interesting thing Bandpage does is offer musicians a way to get merch and store offers published into Spotify. Before they did it TopSpin had a tool called ArtistLink that did it. After TopSpin was acquired ArtistLink was shuttered and Bandpage became the only option for people looking to sell on Spotify. Bandpage was bought by Google/YouTube. Just how likely do you think it is that Google will want to continue enhancing a service that directly competes with not just YouTube Red but also Google Play Music? (Hint: LOL.)

This functionality was problematic to begin with. It’s limited to corporate partnerships built on a backbone of “trust us, it’ll be fine” rather than a standard that any service could use to publish or consume commerce offers. We talk about what the future of music looks like, as if it’s a single simple thing. Music has never been simple. Streaming could well be the future for listening to music, but it’s hardly the answer for how we support musicians in the future. Turning a streaming service into an open marketplace where musicians can sell merch, tickets, subscriptions, and other offers is a way to bring futures together in a hub for listening to and supporting musicians.

But if that idea is built around a corporate partnership it will not work.

It’s vital we extend that open stack up into music-specific open technology. That’s how we start to build a way forward. Open isn’t just for geeks and startup founders. It’s here to benefit all of us, no matter our technical skill level.

We do need better. We need open. We need to ensure that artists build on top of infrastructure they can trust. Corporate mergers and acquisitions should never threaten the music that is such a vital cornerstone to our very culture. This is the vision that drives CASH Music. It’s not shiny and full of self-driving cars or encryption technology that lets you fantasize that you live in a William Gibson novel. It’s practical. It meets the needs of artists today with a relentless focus on their bottom line.

We can keep taking steps backwards then forwards or we can open up, collaborate, and build a future for music that will actually work for musicians, listeners, labels, and services alike. We are stronger together.

Forget blockchain. Open is the future of music tech.