The Milt Jackson Quartet, Then And Then 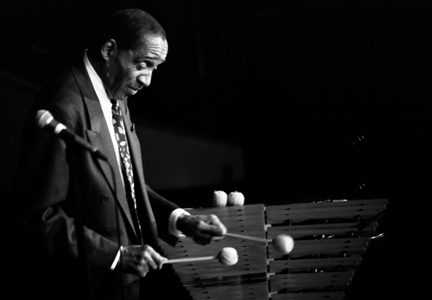 slideshow
A video of The Modern Jazz Quartet has been getting wide viewership on the internet. The YouTube presentation does not disclose that the group we see and hear is the MJQ’s predecessor, the rhythm section of Dizzy Gillespie’s big band from 1946 to the early fifties. To give his brass section rests during concerts, Gillespie occasionally featured interludeswith vibraharpist Milt Jackson, pianist John Lewis, bassist Ray Brown and drummer Kenny Clarke. They first recorded as an entity in 1951 as the Milt Jackson Quartet. After Percy Heath replaced Brown the following year the group changed its name to The Modern Jazz Quartet. When Clarke concentrated on freelancing around New York in 1955 and then moved to Paris, Connie Kay assumed the drum chair.

The group we see and hear in the video is the Milt Jackson Quartet reunited. History aside, the music is what matters. The four old friends are clearly delighted to be together, and something is amusing them during their performance of Thelonious Monk’s “’Round Midnight.” The brief onscreen title in German near the beginning translates as “Jazz in a Christmas Night.” YouTube provides no information about where the concert was, or when. From the musicians’ appearances, my guess is that this was the 1990s. YouTube identifies the drummer as Heath, but it’s Clarke.

That performance and 22 other early Dee Gee and Savoy recordings by Jackson are in this album, some with guest artists including Kenny Dorham, Roy Haynes, Walter Benton and Julius Watkins.