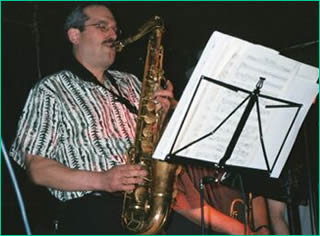 The Mike Kaplan Nonet will celebrate Cedar Walton's musical legacy by performing new large group arrangements (for six horns & rhythm section) of some of his unique and memorable compositions. Many will be familiar to jazz connoisseurs.... and some are not as well known, but certainly deserving of wider recognition.

The legendary pianist/composer (who also played with Art Blakey's Jazz Messengers, JJ Johnson, the Jazztet and many other greats) passed on earlier this year at the age of 79.

Most of these compositions were originally performed in small groups ranging from trio to quintet, yet Mr Walton often conceived and played them very orchestrally .... thus they're overdue for re-interpretation by a large ensemble such as the Nonet. A Kaplan arrangement of Walton's “Firm Roots" appeared on the Nonet's cd “How's That?" (which received airplay on radio stations around the world from Newark, NJ to Melbourne, Australia) and it has long been an audience favorite in the band's regular performance repertoire.

The Cedar Walton Trio at The Village Vanguard was a Holiday Tradition. For over 15 years, Mr Walton's Trio played at the storied New York club for the last 2 weeks every year... for Christmas & New Year's. Come help us celebrate Cedar Walton's music & legacy.... and the holidays.