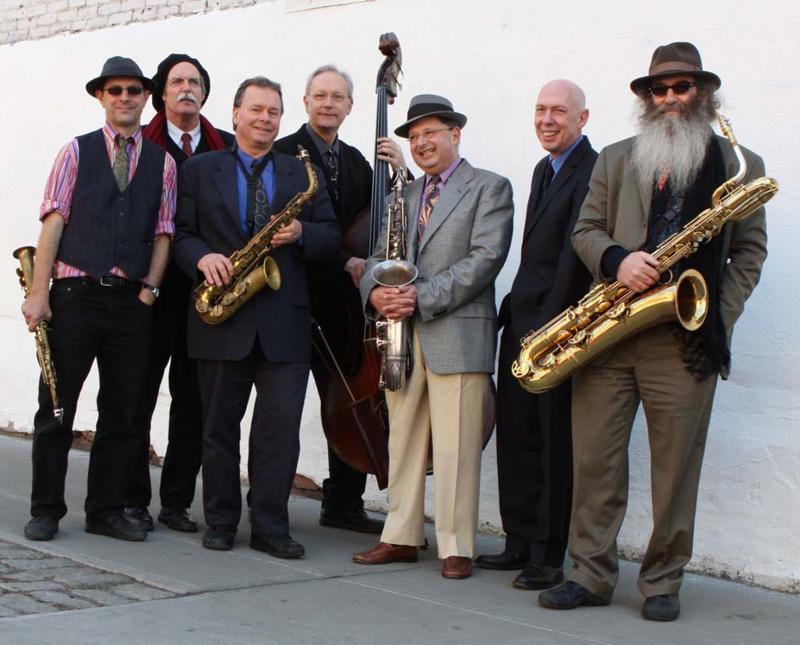 slideshow
Microscopic Septet proves yet again that it's more powerful than a hurricane when it performs August 31 at An die Musik Live in Baltimore, MD, bouncing back from a storm that scratched its weekend engagement at the venue.

The concert, which will begin at 7:30 PM, will feature music from the band's critically accaimed CD, “Friday the 13th: The Micros Play Monk" (Cuneiform Records), inventive arrangements of Thelonious Monk compositions as reimagined by Phillip Johnston and Joel Forrester, the band's principal composer/arrangers. Also featured in the 75-minutes-plus concert will be highlights from The Microscopic Septet's enormous book of innovative and swinging original compositions.

The Microscopic Septet recently hit the #5 position in the Jazz Group category in the 2011 DownBeat Critics Poll.

Other upcoming concerts by the band include September 6 at the Gershwin Hotel in New York City, where the band will perform 3 sets, starting at 7:00 PM. The Gershwin Hotel is at 7 E. 27th St., and an admission charge of $20 allows attendance at any or all of the sets.

The Microscopic Septet's concerts in the United States are organized with the assistance of Cuneiform Records and Scott Foster Management.