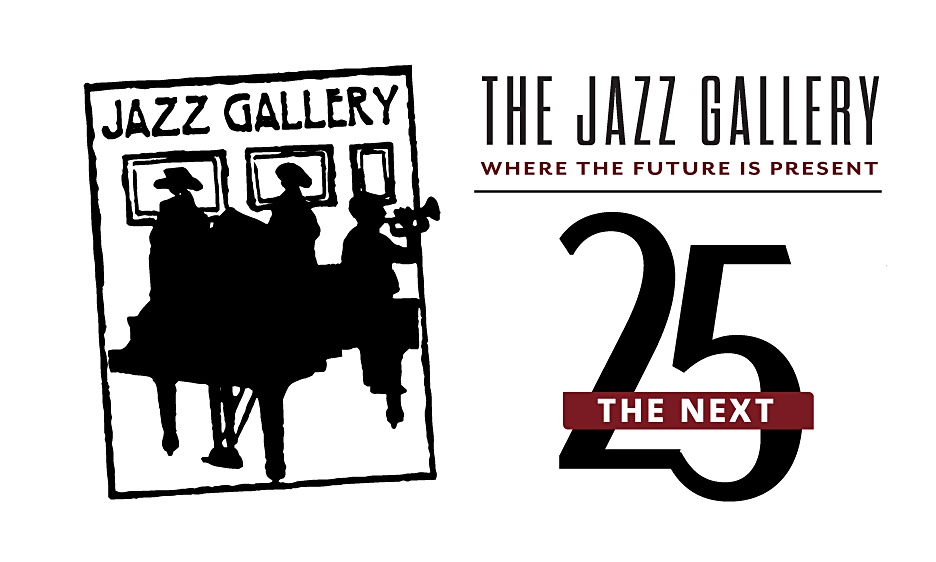 The Jazz Gallery Residency Commission has supported the development of more than 52 artists. Artists return to perform their original TJG Commissioned Work.

On January 24, The Jazz Gallery’s (TJG) Commission Revisited Series will launch with singer/songwriter Becca Stevens. For two nights (January 24 & 25), Stevens will take the stage at the legendary New York City venue, to perform songs from her album, Regina, The Jazz Gallery commissioned project that garnered her rave critical reviews when it was released in March of 2017. She is one of the 52 artists, given an opportunity to explore and expand their creativity through The Jazz Gallery Residency Commission, and one of 11 acclaimed performers returning in 2020 to celebrate The Gallery’s 25th.

In addition to supporting the development of more than 52 artists, the Residency program was also responsible for the creation of some 55 new works. In addition to a monetary award, TJG offers recipients unrestricted access to the organization’s performance space to compose, rehearse, record (during off-hours), and to premiere their completed work.

The Jazz Gallery’s Artistic Director, Rio Sakairi, has selected 11 commissioned works from the past and has put together an exciting line-up of some of today’s most creative musical voices.

TJG’s 2014-2015 Residency Commission award recipient, Becca Stevens, a storyteller, vocalist, guitarist, has collaborated with numerous artists across diverse genres from Laura Mvula and David Crosby to the Grammy Awards winning jazz ensemble, Snarky Puppy. Stevens has managed to effortlessly blend jazz with pop, indie-rock with R&B and folk, to create her very own “hypnotic style”. She will perform her commissioned work, Regina, which was her 2017 album release—praised by one critic as “Lyrically…astounding”, and which received a five-star review from DownBeat magazine.

Saxophonist/clarinetist, composer and band leader, John Ellis is a three-time TJG Commission Award recipient and second place winner of the prestigious Thelonious Monk Saxophone Competition. Ellis will perform his 2008 Commissioned work, The Ice Siren, a jazz opera, one of three large-scale narrative pieces Commissioned by The Jazz Gallery (2007 – 2009), on which he collaborated with Andy Bragen.

May 29 & 30 Internationally renowned, Grammy Awards-winner, pianist Sullivan Fortner and TJG’s 2012 Commission recipient has proven his prowess as a band leader, composer and producer. His collaboration with fellow Grammy winner, vocalist Cecile McLorin Salvant on the album The Window, was widely praised by critics both here and abroad. Among his many awards: the Cole Porter Fellowship, the Leonore Annenberg Arts Fellowship and the Lincoln Center Award for Emerging Artists. He will take the stage at The Jazz Gallery to perform his 2012 commissioned project, Suite in ‘B’ for Jazz Quintet.

Cuban born saxophonist, percussionist, composer and educator Yosvany Terry, an internationally acclaimed artist, was embraced by New York City’s Jazz community almost immediately upon his arrival on these shores. Yosvany is a respected academic who has taught and given numerous master classes at leading universities here and abroad, and is now a full-time member of the faculty at Harvard University, a Senior Lecturer and Director of Jazz Ensembles in the Department of Music. A master of the Afro-Cuban jazz tradition, and two-time Grammy Award nominee, Yosvany Terry will perform his 2007 TJG Commissioned work, Trio + Keys.

South Side Chicago’s breakout jazz star, Vibraphonist Joel Ross, has been impressing music critics everywhere since he emerged on the scene. This innovative young Blue Note recording artist is a product of the Thelonious Monk Institute of Jazz and the Brubeck Institute Jazz Quintet at University of the Pacific in Northern California. He was just 23-years of age when he became 2016-2017 recipient of the TJG Residency Commission. Joel Ross returns to the venue to perform his poetic suite, Being A Young Black Man.

Two-time Grammy Awards-winner, keyboardist, composer, arranger and producer Jason Lindner, is a student of bop piano, a musical scholar who explored well known masters like Monk, Charlie Parker, Bud Powell and Dizzie Gillespie as he shaped his own musical foundation. Lindner returns to The Jazz Gallery to perform his 2008 Commissioned work, Breeding Ground.

Pianist Aaron Parks, a native of Seattle, has a long list of impeccable references. He began touring with Terence Blanchard before graduating from Manhattan School of Music and was featured on Blanchard’s Grammy-winning recording, A Tale of God’s Will (A Requiem for Katrina). He was also on the soundtrack of Their Eyes Were Watching God, and three Spike Lee Films, Inside Man, She Hate Me, and When the Levees Broke. Aaron, a 2006 third place winner of the Thelonious Monk Institute of Jazz International Piano Competition, will perform his 2007 commissioned suite, Archetypes.

Chilean saxophonist, composer and band leader, Melissa Aldana became the first female instrumentalist to win the coveted Thelonious Monk International Jazz Competition in 2013. Considered a sax prodigy, she has been playing since age six. She is the recipient of the Martin E. Segal Award from Lincoln Center and a two-time recipient of the Altazor Award, one of Chile’s most prestigious national arts prizes. Aldana, a 2017-2018 TJG Commission Artist will present Visions, her suite for Frida Kahlo.

Guitarist Miles Okazaki, grew up in Port Townsend, Washington but now resides in New York City. He placed 2nd in the Thelonious Monk International Guitar Competition and has won numerous other awards as a guitarist. He released six albums between 2006- 2019, which have been highly praised by critics like Nate Chinen, who called his album, Work, a five-hour performance of the complete compositions of Thelonious Monk for solo guitar, “an act of immersive scholarship and exhaustive scope.” A 2009 TJG Residency Commission artist, he will be performing his commissioned project, Figurations, which was also his third album release, hailed by Ben Ratliff as “slowly evolving puzzles of brilliant jazz logic.”

Join The Jazz Gallery as it celebrates The Next 25 years and beyond. For more information on the Commission Revisited Series or to learn more about The Jazz Gallery 25th Anniversary Celebration, visit jazzgallery.nyc.

About The Jazz Gallery

The Jazz Gallery is a not-for-profit Jazz cultural center founded in 1995.  We have been providing a space and audience for musicians at various stages of development to freely experiment, learn, and grow! Our audiences, in turn, enjoy the music in present tense. The Jazz Gallery is located at: 1160 Broadway (below 28th Street), 5th floor, in the Flatiron District of Manhattan.

The Jazz Gallery's performances are supported in part by grants from the National Endowment for the Arts, the New York State Council on the Arts, the Department of Cultural Affairs for New York City, the Jerome Foundation, the Aaron Copland Fund for Music, the Cheswatyr Foundation, New Music USA, and the Howard Gilman Foundation.