In its three-year history the JAS Academy in collaboration with the Frost School of Music has expanded from one week to four.  This is  true testament to the caliber of the program which provides an extraordinary opportunity for talented young musicians of the highest caliber to study and perform with our world-renowned faculty.
—Shelly Berg 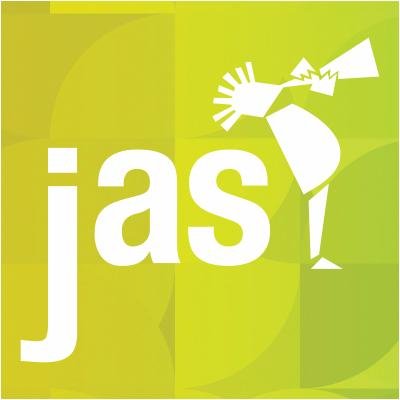 In 2021 Jazz Aspen Snowmass (JAS) will expand its mid-summer JAS Academy collaboration with the Frost School of Music (FSoM) at the University of Miami to include the new “Combo/Small Ensemble Sessions.” This two-week intensive workshop taking place July 11-25, will be followed by the highly-acclaimed JAS Academy “Individual/Big Band Sessions,” from July 25 – Aug. 8, led by JAS Academy Artistic Director & multi-Grammy winning Bassist Christian McBride. McBride will work in tandem with Frost Dean Shelly Berg and JAS Academy Program Director Chuck Bergeron, Frost School’s Associate Professor of Professional Practice, who will work on both sessions.

The JAS Academy is one of the nation’s only full-scholarship summer residencies, made possible by the generosity of philanthropists Sasha and Ed Bass who pledged to underwrite the operating budget of the JAS Academy for the first five (5) years of the partnership with Frost. It is their generous donation that allowed JAS and the Frost School of Music to expand the previous 7-day residency to two weeks in 2019-2020 and now four weeks in 2021.

“JAS is thrilled to host a newly expanded JAS Academy with a second week Combo/Small Ensemble Session, scheduled prior to the well-established “Big Band Session” continuing in its 3rd full season in 2021,” said JAS President/CEO Jim Horowitiz. “For the new session, we have invited emerging young artists in groups that have already established a unique repertoire and music profile. They will focus on everything from refinement of performances to business, marketing and career development, utilizing the unique and diverse curriculum approach of the Frost School of Music under the leadership of Dean Shelly Berg & Chuck Bergeron.”

In addition to working with McBride, Berg, and Bergeron, students will also have an opportunity to work with and learn from Frost faculty including Rey Sanchez (Associate Dean for Strategic Initiatives and Innovation/Professor of Music Business and Entertainment Industries), Etienne Charles (Associate Professor Studio Music and Jazz) and Brian Lynch (Professor Jazz Trumpet/Studio Music and Jazz). Students will study an exciting curriculum that focuses on both performance and recording. Participants will develop a musical product, from selecting artistic direction and crafting original compositions, to performing, recording, marketing and distribution of a finished work. In addition to daily coaching and mentorship from leading artists and educators, workshops and master classes in Recording Techniques, Entrepreneurship, and the evolving Music Industry will take place in both onsite and virtual learning environments. The Academy will offer students the opportunity to attend master classes with some of the world’s most talented jazz musicians including vocalist Rene Marie, guitarist Dan Wilson, vocalist Kurt Elling and one of the hottest newcomers on the jazz scene today Frost alum pianist Emmet Cohen (B.M. ‘12). Each of these artists will be performing public shows at the JAS Café during their visit.

Student performances will be taking place over the four weeks at a variety of venues, including a special Big Band performance on Saturday, Aug. 7 at Harris Hall. Details on all performances, as well as the students attending this year, can be found here.

About the Frost School of Music

The Frost School of Music at the University of Miami is one of the most innovative and acclaimed music schools located in a private university in the U.S. It is renowned for its unique Frost Method curriculum which creates musicians that have artistic, technological, & entrepreneurial skills to thrive and succeed in the rapidly changing world of professional music. Course work and performance opportunities can be cross-genre and non-siloed, affording 700 students a rare and musically diverse education. Frost is a top choice for the highest level of education in classical, jazz and pop, as well as music engineering, music education, music therapy and music business. It is one of two schools created in 1926 when the University of Miami was founded. The naming gift from Dr. Phillip and Patricia Frost in 2003 was a historic occasion. Consistently named one of the Top 10 music schools by Billboard Magazine and The Hollywood Reporter among numerous other media outlets, The Frost School of Music seeks to transform lives through the study and performance of music, and to enhance music’s future as the result of the most innovative and relevant curricula in higher education. For further information, go here.

Founded in 1991 and celebrating its 30th Anniversary, Jazz Aspen Snowmass (JAS) is a not-for-profit 501(c)(3) organization which has generated over $7.8 million of support for its music education programs since 1996. The Mission of JAS is to present and preserve jazz and related forms of music through world-class events, performances, and education programs. JAS launched its acclaimed music education programs in 1996 with the Thelonious Monk Institute Jazz Colony, which became the JAS Academy Summer Sessions from 2000-2008, the nation’s only all-scholarship training program for gifted young emerging jazz artists. The Academy paired these young artists with jazz masters such as Herbie Hancock, Dianne Reeves, Russell Malone and many others in an intensive series of workshops, seminars and performances. Many of these artists have gone to become permanent members of some of the most prestigious working jazz groups today.

JAS hosts two large events each summer, the JAS June Experience and the JAS Labor Day Experience. These events have featured a roster of iconic Artists through the years, ranging from Tony Bennett, B.B. King, Ray Charles, Harry Connick, Jr., Herbie Hancock, Diana Krall, Natalie Cole, Stevie Wonder, Bob Dylan, Tom Petty, Keith Urban, Black Eyed Peas, Maroon 5, Sting, John Mayer and countless others. JAS has historically presented both established and iconic Artists, as well as emerging stars, and has been there at the outset of many Artists’ growing careers since its inception.

Another Mission driven initiative, The JAS Café, was launched 2011, and has exploded in popularity in recent years. The Café features stellar artists throughout the year who embrace jazz and related diverse music in the “Jazz Spoken Globally” series, taking place at intimate venues in Aspen. Artists featured have hailed from France, Italy, England, Japan, Cuba, Brazil, the Caribbean and the USA.