SOURCE: TWO FOR THE SHOW MEDIA
March 7, 2012
Sign in to view read count 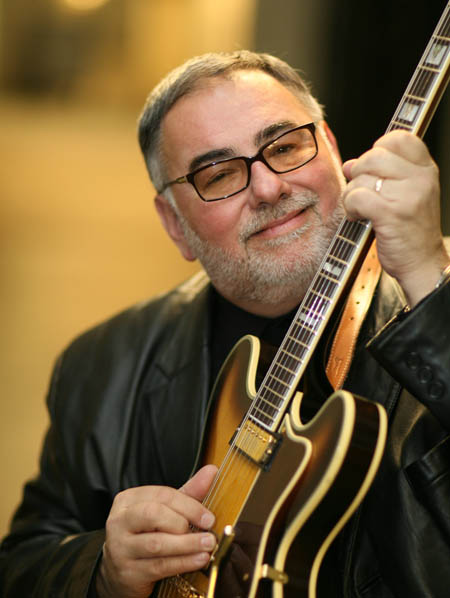 slideshow
Since he arrived on the scene in the late '60s as founder of the groundbreaking Roomful of Blues, and subsequently in a thriving solo career that began more than three decades ago, Duke Robillard has consistently exhibited boundless curiosity and undeniable panache, continually reinforcing his reputation as one of the planet's most innovative roots musicians. Robillard's journey has taken him in multiple directions, and Wobble Walkin', the debut release for his own Blue Duchess Records (blueduchessrecords.com) is one of the most instantly gratifying entries in a discography that now numbers more than 30 titles.