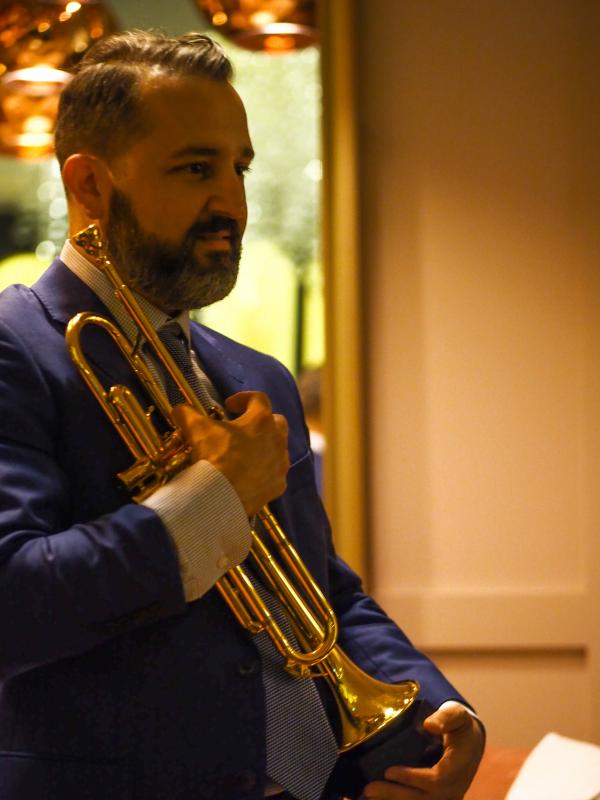 slideshow
Blueprints – Figure One: Frameworks reveals the heart of an artist and his appreciation for the influences that surround him.

Tickets for this exclusive 7:30pm event are available now and directly from Pianoforte Studios.

Brice Winston is featured guest on saxophone and on bass is Marcos Varela.

“Rutz has a big, dark tone and a fluid ease to his phrasing that makes him seem relaxed even when unleashing a volley of 16th notes...” —J.D. Considine, Downbeat magazine.

Markus Rutz has lived, taught, composed and performed in the Chicago jazz scene for over twenty years. His label, OA2 Records, is based in Seattle, Washington.

Markus Rutz plays trumpet with bluesy, soulful style and a tone that has been called gorgeous. He performs and composes music from his home base in Chicago, Illinois.

He has performed throughout Chicago and the Midwest for jazz club venue and event engagements featuring jazz standards and original jazz compositions.

Composition, arrangement and performance of original tunes is an integral element of his sound and experience.

To date, twenty five of his original compositions have been recorded. The recorded originals are represented on two studio albums released as It’s Cooler by the Lake and Second Impression.

The most recent recording was re-released in digital format in December of 2016 with two additional tracks. It received a 3 1/2 star rating in an early 2017 review from J.D. Considine at DownBeat magazine.

From the greater Chicago area originally, Markus began trumpet study at the age of 9 and as a music student studied at the University of Wisconsin- Madison, Berklee College and the University of New Orleans where he graduated with a Bachelor of Arts.