The Caymmi Afflatus from Dorival to Dori

SOURCE: ALL ABOUT JAZZ PUBLICITY
September 4, 2008
Sign in to view read count 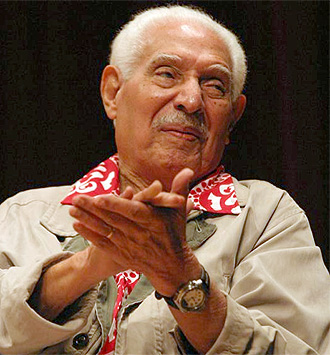 As a musician of international renown, Dori Caymmi has firmly established himself as an artist of substantial influence in both the Brazilian and global community. The influences behind this Brazilian composer is artfully demonstrated in his music; an amalgam of jazz styles and impressions that contribute to Mr. Caymmi's work like facets in a diamond. Along with Miles Davis and Antonio Carlos Jobim, one such major influence is his late father Dorival Caymmi, another widely acclaimed composer whose own work has long since become a bossa nova afflatus. Naturally, the late Caymmi's passing did not go without notice. Both the states of Bahia and Rio dedicated three days to mourn this great musician, firmly rooting the endurance of his music for years to come.

Even before his death, Dori has paid homage to his father's music in his own work such as the case in Influencias, which was nominated for the Latin Grammy Award for Best Contemporary Brazilian album in 2004. Dori's inclusion of “La Vern A Baiana" and “Acontece Que Es Sou Baiana" showcase both father and son's thematic affectation for the state of Bahia, eloquently capturing a love for their home by giving it a voice composed of beautiful bossa nova arrangements and vocals. The bossa nova giant Joao Gilberto has covered a number of the late Caymmi's songs including “Doralice", “Rosa Morena", and “Saudade de Bahia". Fellow Brazilian artist and former Minister of Culture Gilberto Gil considers Dorival to be one of the leading influences in his own recognized career.

The passing of Dorival Caymmi marks the end of a great man. But the occasion does not call for mourning, it calls for celebration. His name and life has become a musical puissance with his son, peers, and future jazz musicians. The Caymmi family and the rest of the world can rest assured that Dorival's music will continue to carry its magic and influence for generations to come. And in that respect, Dorival Caymmi is still very much here among us.